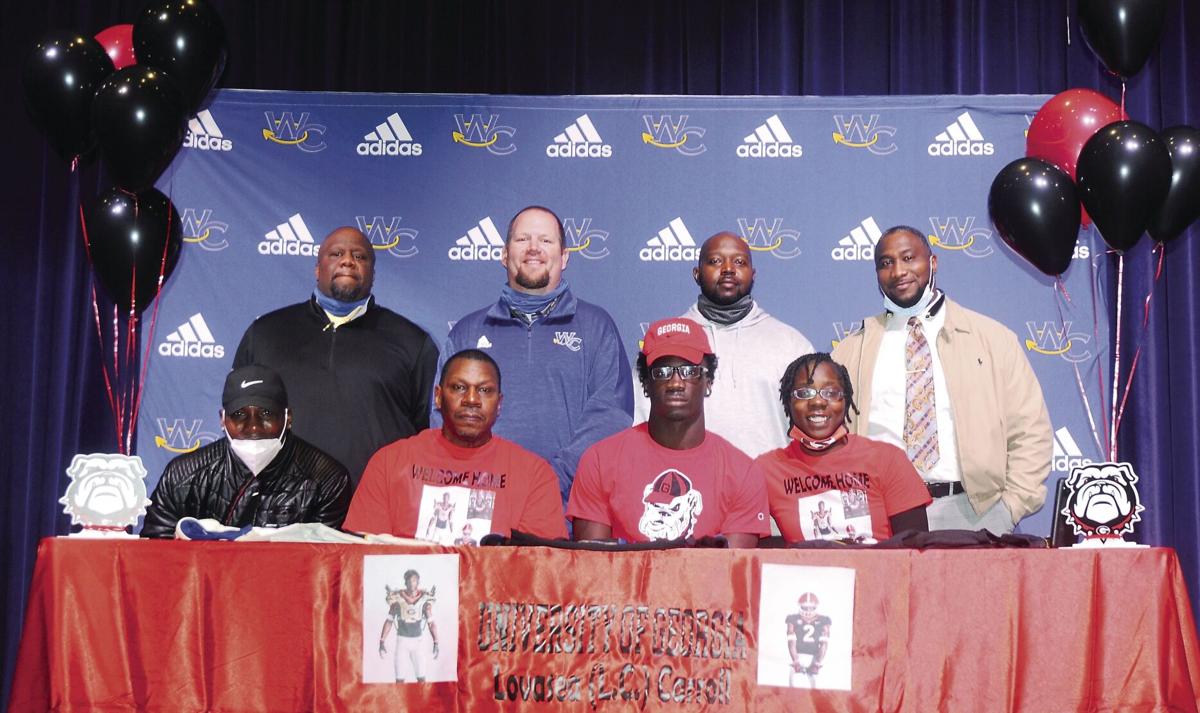 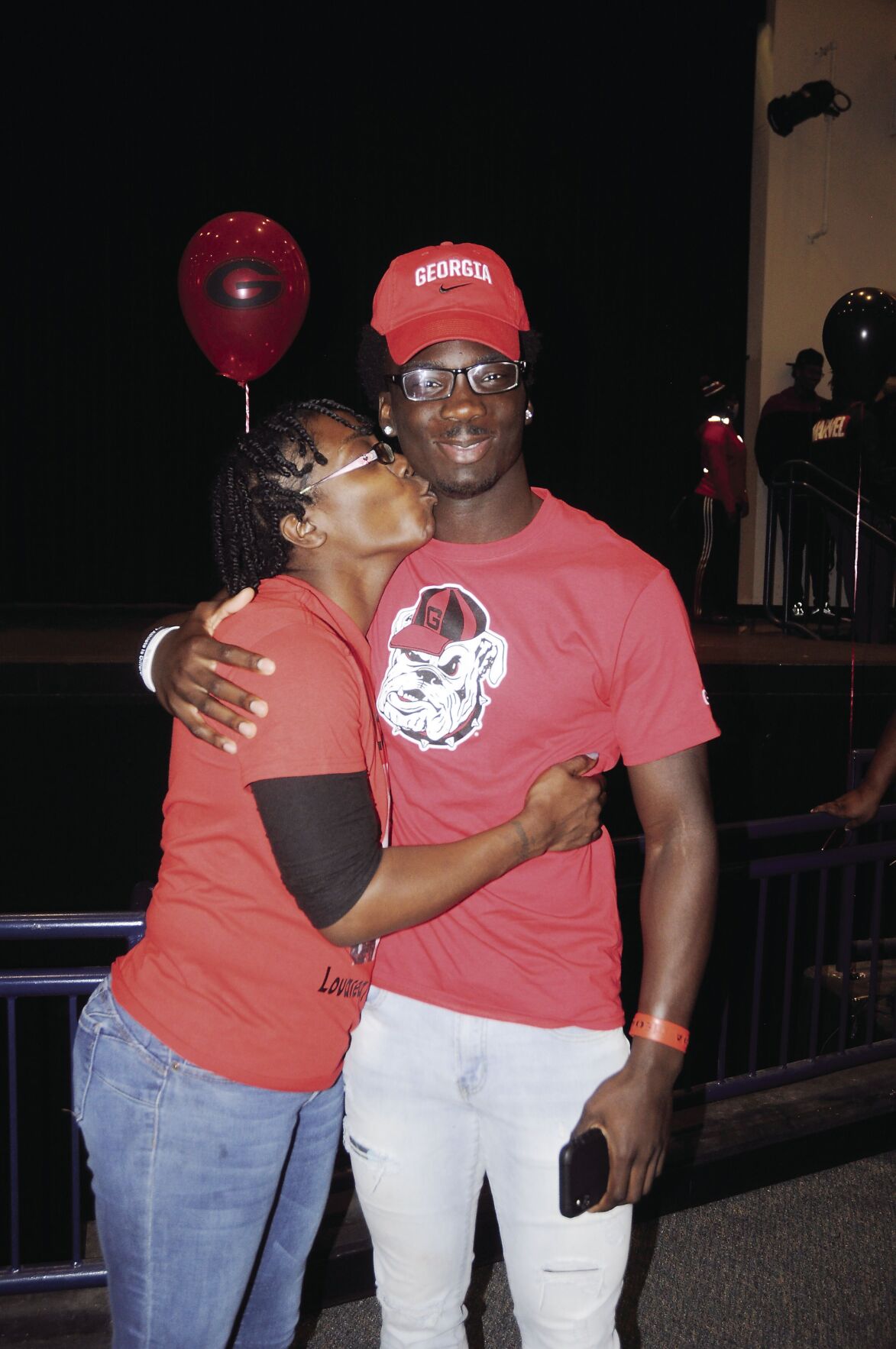 Jessica Grier surprises her son, Lovasea Carroll, with a kiss on the cheek after he signs to play football at the University of Georgia.

Jessica Grier surprises her son, Lovasea Carroll, with a kiss on the cheek after he signs to play football at the University of Georgia.

For Warrenton’s Lovasea “L.C.” Carroll the path to Athens led through Bradenton, Fla., and two years of IMG Academy.

His mom, Jessica Grier, has always loved Georgia Bulldogs football and earlier this year he surprised her with a verbal commitment to the University of Georgia. Last Wednesday he signed his commitment to be a Bulldog.

What is it going to be like when she sees her son step on the field in Sanford Stadium for the first time?

Carroll played against some of the best talent in the country during his two years as a running back at IMG and is known for his speed. He was a highly sought after four star recruit and 24/7 Sports has ranked him as the number six  running back in the country and the 107th top overall athlete in the nation.

But, when it was time to officially ink the deal to become a Bulldog he did not forget that once he was a Screaming Devil and Warrenton is home. He played two years at Warren County before transferring to IMG after his sophomore year.

A host of his former Warrenton coaches were on hand to mark his official signing.

“This is an important moment in this young man’s life,” said Simpson. “Lovasea has gone on to do great things on the football field and academically and earned the opportunity to play at the next level.”

“My first remembrance of him was he was in fifth grade playing recreation on the field and I asked one of the other coach’s ‘who’s that coming around the end that can’t nobody stop,’” recalls Blount. “I couldn’t wait to get him up to the varsity level.”

Blount drew laughter from the audience when he told them that Carroll was the only eighth grader to play on the junior varsity for only one snap. That is all it took for him to be bumped up to varsity.

Missouri turns defense into offense in win over South Carolina

“Not only is L.C. a great football player, but he is an even better person,” said Blount.

“Parents, you did a great job with his character,” Blount said.

Coach Cherard Freeman, who now coaches at Bryan County, was Carroll’s head coach during the two years he played at WCHS.

“He’s a great kid and today is a dream come true for him,” said Freeman. “I remember talking with him back in fifth or sixth grade and that was all he talked about — he wanted to play college football. Dreams do come true for people that work hard and he is a hard worker.”

Carroll said he was glad to return to Warren County to sign. He said that is home and where all his fans and supporters are located.

He talked of the IMG experience following the signing.

“From Warrenton to Florida, it’s been great. It was a unique process. Going to IMG was like experiencing college — traveling, getting on planes, playing big time games,” said Carroll, following the signing. “It’s just like another step in my process to the NFL.”

He said at IMG, there was not much freedom and everything was either football or school. Carroll admits when he first got there he was a little nervous, but soon learned the routine and started to compete. He also appreciated the chance to compete against other top athletes in the country.

“It showed me that I could go to the college level and compete,” Carroll said.

He was joined by parents Jessica Grier, Kelvin Walker, and Lonnie Carroll, for the signing at Warren County High School.