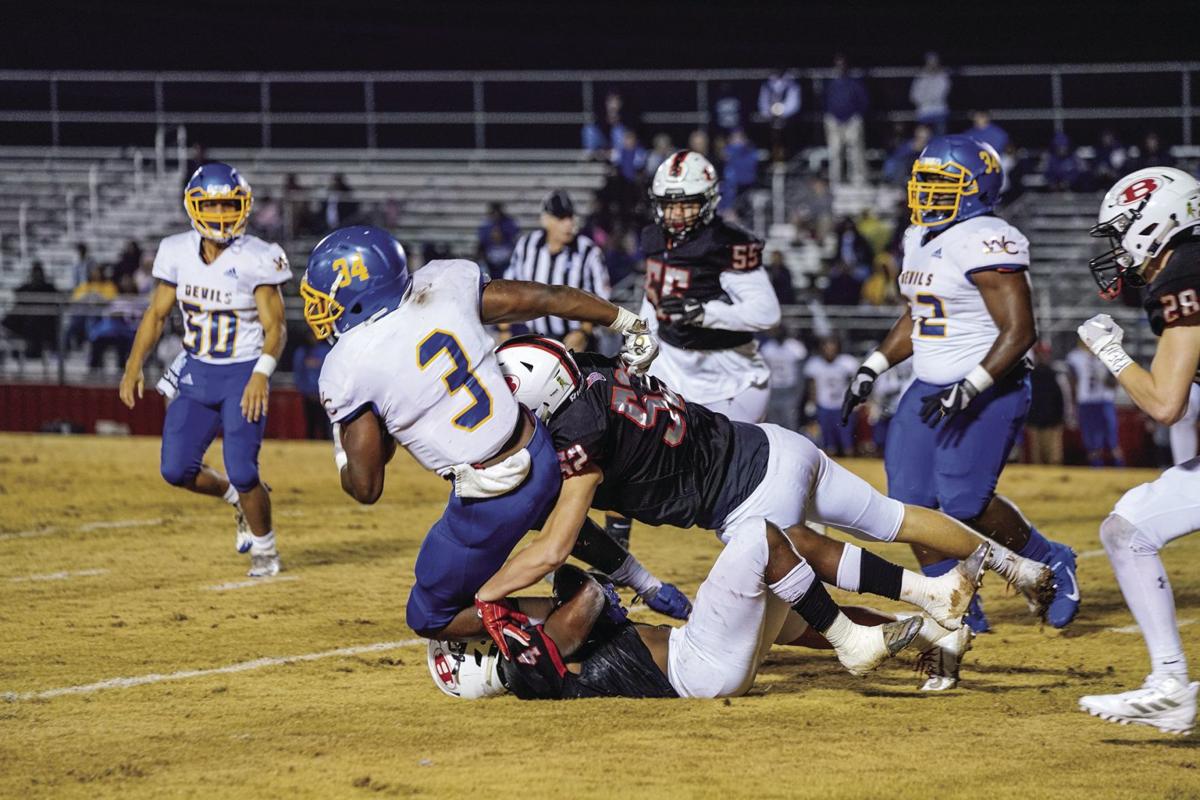 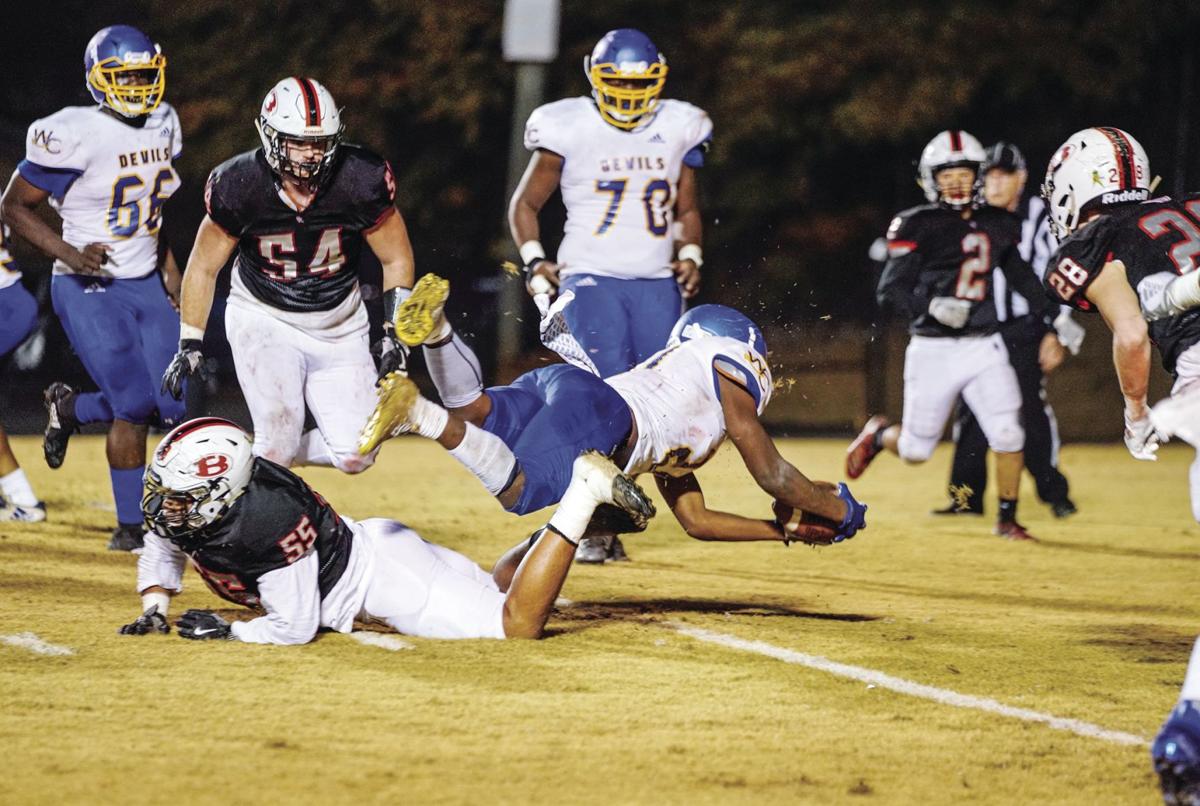 Travis Moss crosses the goal line on one of his two-point conversions of the evening.

Travis Moss crosses the goal line on one of his two-point conversions of the evening.

For the first time in at least a decade, the Warren County Screaming Devils will move on to the quarterfinals of the state playoffs after defeating Bowdon Friday night.

Warren County traveled to Bowdon Nov. 22 for the second round of the state playoffs, winning 34-14. According to Georgia High School Football Daily, WCHS was a 23-point underdog.

Bowdon opened the scoring with a touchdown and a PAT in the first quarter to go ahead 7-0.

The Screaming Devils answered this with a 20-yard touchdown run by AJ Stanford at the beginning of the second quarter. The two-point conversion was good, and WCHS went ahead 8-7.

Later in the second quarter, with 4:27 left in the first half, Bowdon scored on a touchdown pass and PAT to bring the score to 14-8.

Both teams exchanged possession, and when WCHS got the ball back they took advantage, scoring on a 38-yard touchdown pass from Jordan Menchaca to Kenvonte Brinkley with 1:31 left in the first half. Travis Moss’ two-point conversion was no good, but the game was tied at 14-14.

On the ensuing kickoff, Bowdon fumbled and Warren County recovered. They drove the ball down to the three-yard line, threatening to score, but Bowdon stopped them with three seconds left in the first half.

During the second half, Warren County scored 20 unanswered points. With 3:40 left in the third quarter, Stanford scored a four-yard touchdown. Moss tried a two-point conversion, but it failed, putting Warren County up 20-14.

Warren County’s next points came on a recovered fumble at the 49-yard line. Moss ran the ball down to the 20-yard line, and a face mask penalty moved the ball even closer to the end zone. Stanford and Moss got the ball down to the one, and Menchaca, on a quarterback keeper, scored with 1:23 left in the third quarter.

Kyree Evans scored the two-point conversion, but a holding penalty on WCHS brought the ball back. A second try on an incomplete pass brought the score to 26-14.

Recruiting Ticker, Jan. 23: A few young QBs on the Huskers' radar screen for 2021, beyond

WCHS’ final points came in the fourth quarter. Bowdon turned the ball over on downs at the 41-yard line with 8:55 left in the game. Moss ran the ball twice to get down to the 24-yard line. Stanford then picked up 15 yards, but a penalty brought it back.

Then, Dairon Jones caught pass to get the ball to within five yards of the endzone. Moss finished the drive with a rushing touchdown with 6:56 left in the fourth quarter. Menchaca went to the air for the two-point conversion, bringing the final score to 34-14.

The 34 points were symbolic as the late Dr. Antonio “Tony” Hill, former assistant superintendent of Warren County Schools and avid Warren County fan, passed away just before the 2019 season. When he played football for WCHS, he was No. 34, and all the players were wearing that number Friday night in his memory.

“Although Tony left us a week before the season began, he is constantly in the hearts and minds of every Screaming Devil,” said Scott Swann, WCHS announcer. “The players are wearing his high school number (34) on their helmets. The school gym has been named in his honor. Fans constantly see little reminders that he is still with us and many saw the 34 points scored against Bowdon as a message from above that ‘Coach’ Hill was standing on the sidelines or in the press box in spirit last night. No one knows how long this Cinderella season will last for the Screaming Devils. One thing is for sure however. The spirit and memory of No. 34 will be in the hearts of every Screaming Devil for years to come.”

Warren County will travel to Clinch County for the third round of the state playoffs on Nov. 29 at 7:30 pm.