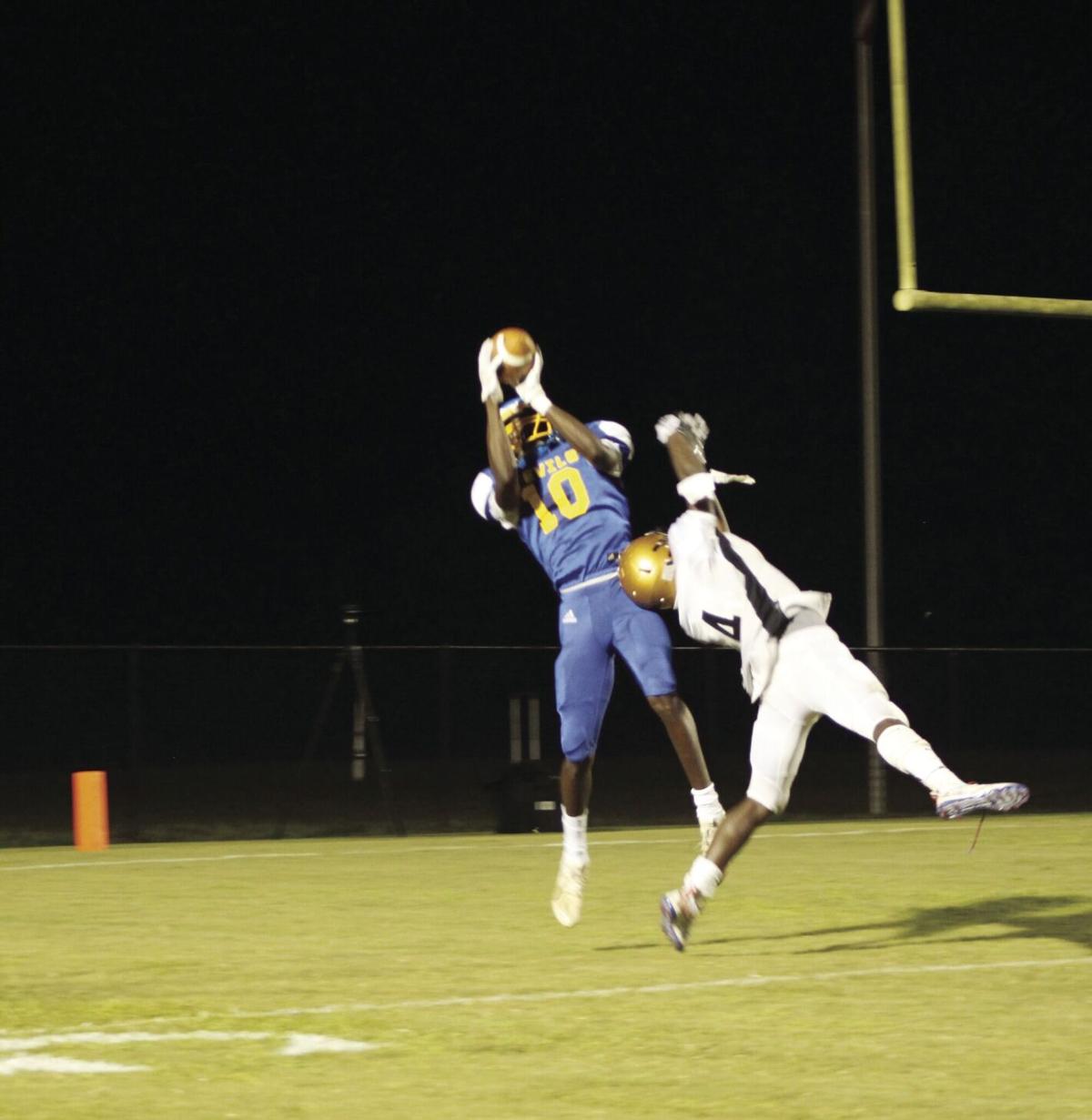 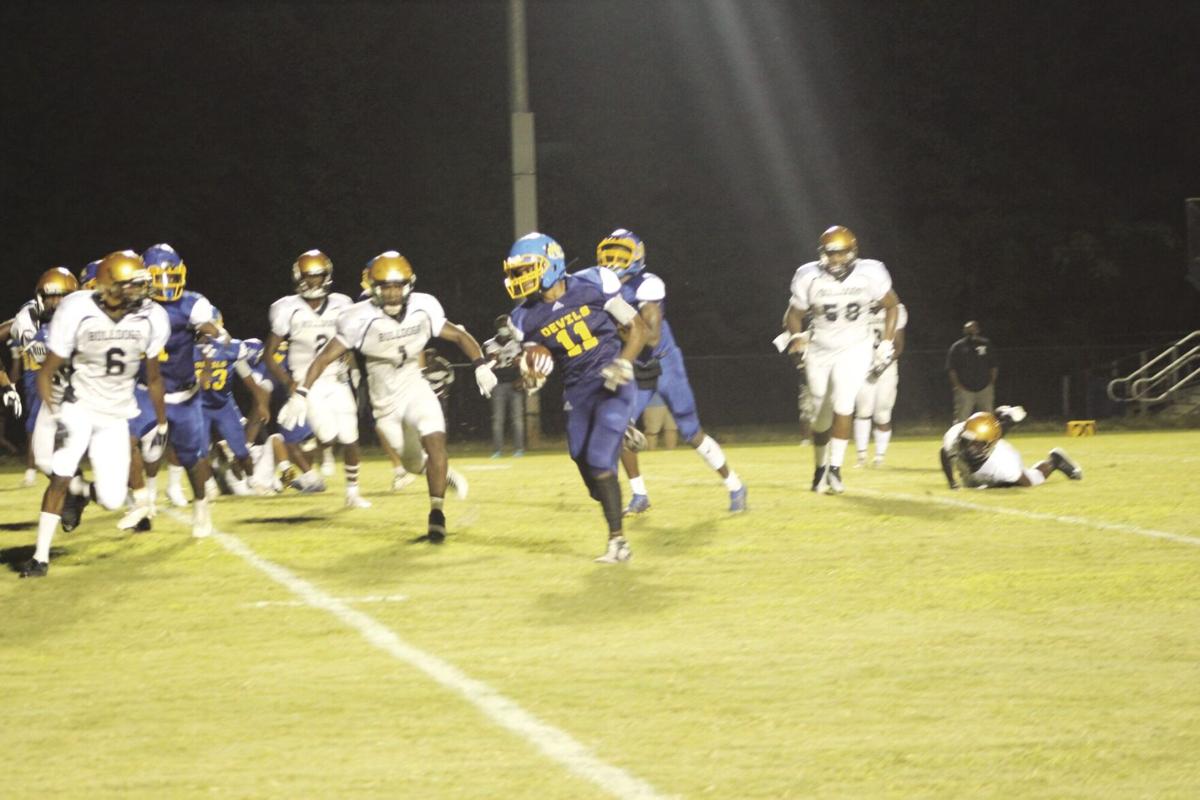 Camron Tucker, No. 11, carries the ball. He scored a nine-yard touchdown for the Screaming Devils.

Camron Tucker, No. 11, carries the ball. He scored a nine-yard touchdown for the Screaming Devils.

The Screaming Devils kicked off to Butler to begin the game, but with 9:19 to go in the first quarter Travis Moss and Kenvonte Brinkley combined for a sack to bring up fourth down.

After the turnover, Taurus Wynn ran for a 50-yard touchdown with 8:25 left in the first quarter. Rashad Myers ran in the two-point conversion to put WCHS ahead 8-0.

Butler returned a short kickoff to the Warren County 49 and ate six minutes off the clock before turning the ball over on downs at the WCHS 23. Warren County fumbled but recovered the ball, however, had to punt a minute later. Butler took over and threw a 37-yard pass to the one yard line. The Bulldogs finished their campaign with a one-yard touchdown. The two-point conversion failed, bringing the score to 8-6 with 1:03 left in the first quarter.

Then, Camron Tucker ran it in for a nine yard touchdown with 7:09 left in the half. The two-point conversion was good, bringing the score to 22-6. Butler took over possession but fumbled the ball at their own 30-yard line and the Screaming Devils recovered the ball. On the next play, Myers threw a 30-yard touchdown pass to Enoch Grier with 5:18 left in the second quarter. The PAT was unsuccessful, bringing the score to 28-6.

Husker Hot Topic: What specifically has to happen for Nebraska to beat Oklahoma? We discuss

From Black 41 Flash Reverse to a Jet stream, here are 12 defining moments in the NU-OU rivalry

Nebraska-Oklahoma pregame observations: Could NU be closer to full strength vs. OU?

Butler came close to scoring again in the first half, but they turned the ball over on downs, leaving the score at 28-6 going into halftime.

"The game went fairly well for us," said head coach Steven Simpson. "We were able to fix some mistakes and see some things that we still need to work on. It was good for our guys to bounce back after the previous week. The highlights for me was the play of several of our young guys. Trashad Mathis and Jakarr Moss played well as freshmen on defense."

Simpson said Mathis led the defensive unit with tackles. The Screaming Devils will travel to Washington-Wilkes on Sept. 10 to face the Tigers.

"Washington Wilkes is extremely athletic and they are very well coached," Simpson said. "We will have to work on tackling in space and maintaining blocks offensively."