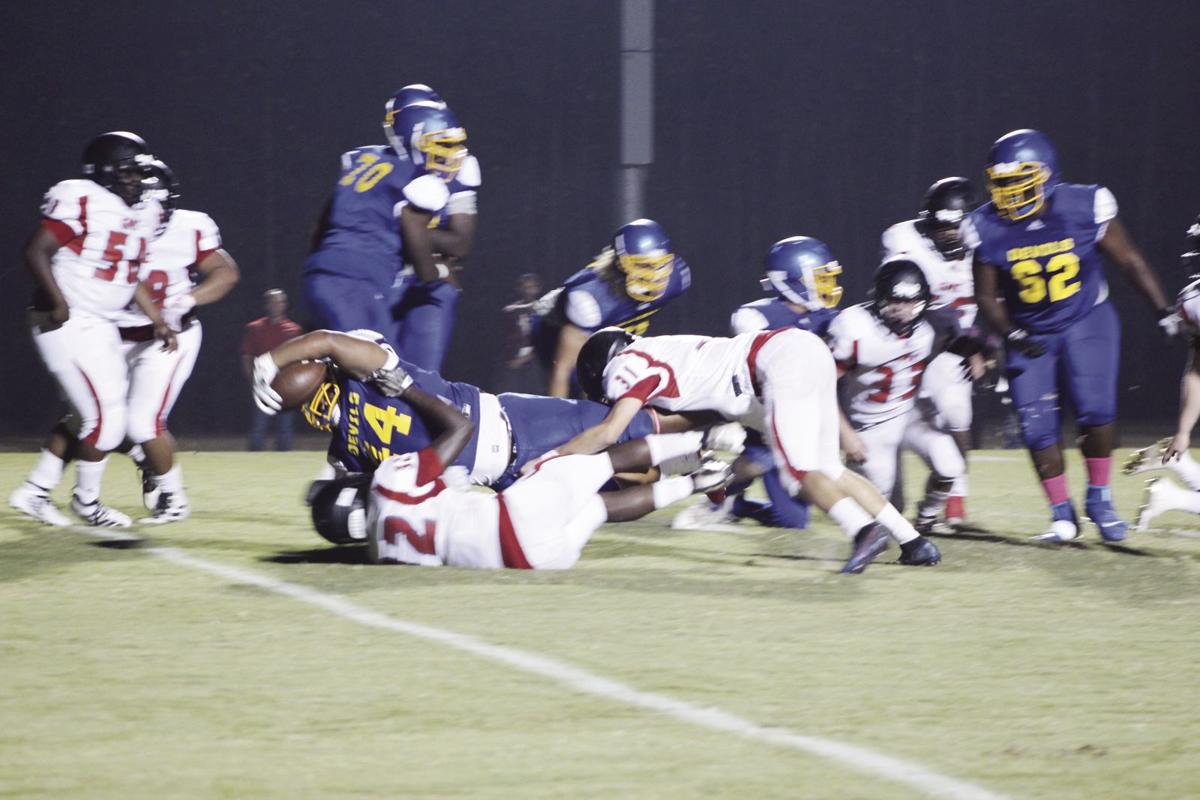 Justyn Stanford reaches to break the plane to score on his two-point conversion. 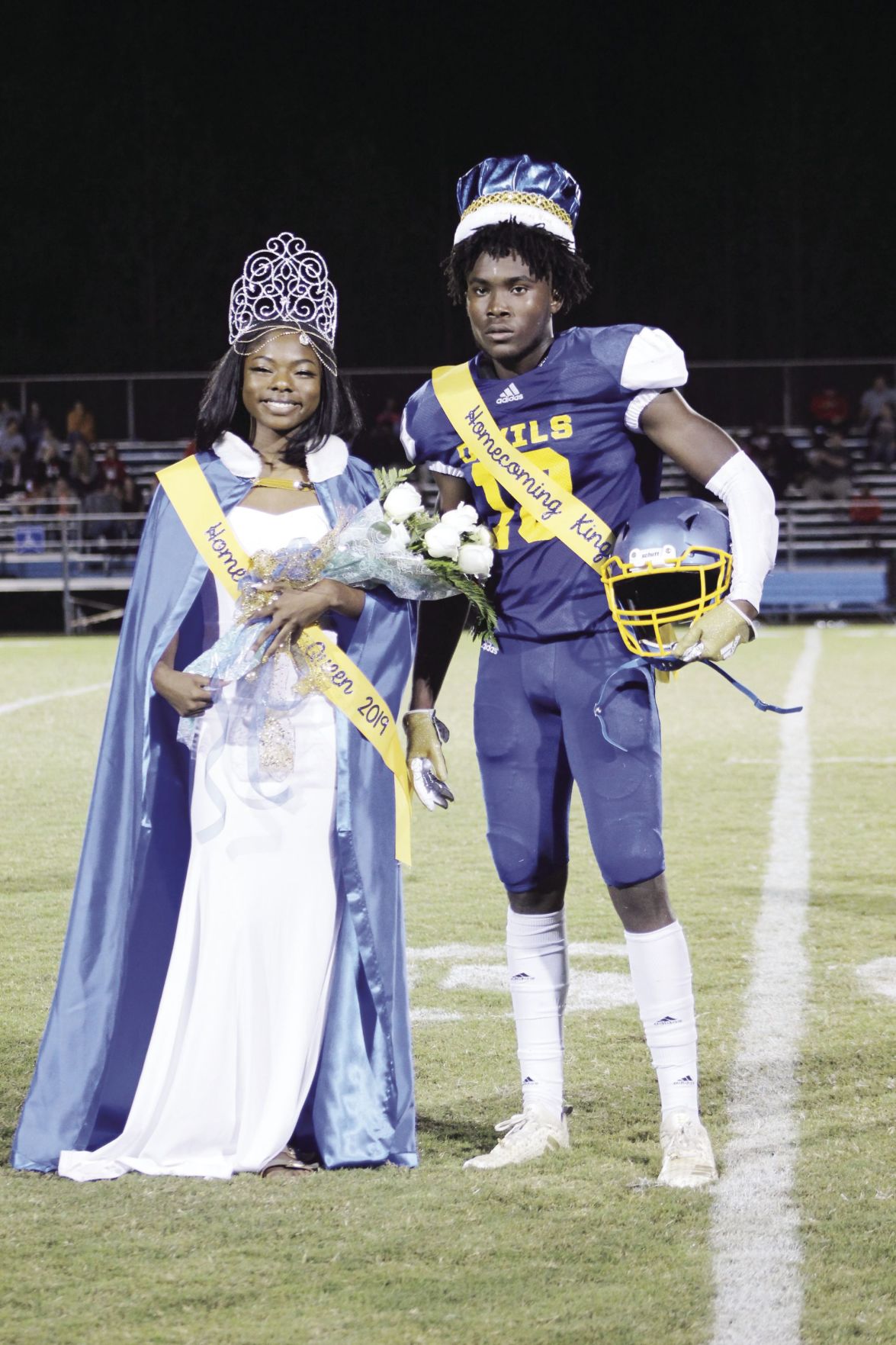 Justyn Stanford reaches to break the plane to score on his two-point conversion.

The Warren County Screaming Devils faced the Georgia Military Bulldogs on Oct. 11, defeating them by the score of 42-3, and celebrated Homecoming.

WCHS began their scoring in the first quarter after marching down the field from their own 38-yard line. Jordan Menchaca scored a one-yard touchdown on a quarterback keeper, but the two-point conversion was no good. The Screaming Devils gained the lead 6-0 and didn’t look back.

After that first touchdown, the two teams went back and forth with possession until, with one minute to go in the first quarter, GMC recovered a fumble on their own 44-yard line. However, they were unable to capitalize because, shortly after the start of the second quarter, WCHS’s Jatavion Allen intercepted a pass and returned it to the GMC 22-yard line.

Warren County used this opportunity to score their second touchdown, a nine-yard run by Justyn Stanford. He also scored the two-point conversion, bringing the score to 14-0 with 9:21 to go in the second quarter.

The Screaming Devils moved to the air to score their third touchdown with a 65-yard touchdown pass from Menchaca to Kyree Evans. The two-point conversion failed, but WCHS went up 20-0 with 6:36 left in the second quarter.

Just two and a half minutes later, Dairon Jones scored another touchdown for the Screaming Devils on a 53-yard run with 4:09 left to go in the first half. The two-point conversion, again, was no good, but WCHS went up 26-0.

A couple of minutes later WCHS blocked a GMC punt near the endzone. Although a few Screaming Devils’ players tried to scoop up the ball to score, they were unable to, and the ball rolled through the back of the endzone for a safety, bringing the score to 28-0.

Warren County wrapped their first half of scoring with less than a minute left in the half. Elijah Grier Jr. caught a 22- yard touchdown pass from Menchaca, but the two-point conversion failed, giving Warren County a 34-0 lead at halftime.

WCHS scored one more touchdown and two-point conversion in the second half, and the Bulldogs were able to kick a field goal to bring the final score to 42-3.

The Screaming Devils have a bye week this Friday, but they will face Hancock Central on Oct. 25 at 7:30 p.m. in Warrenton.