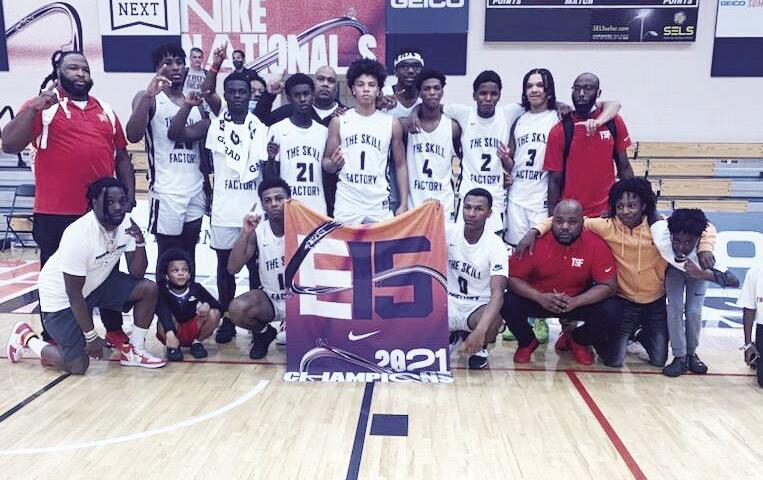 The Skills Factory won the 15-and-under championship in the EYBL Nike Peach Jam. 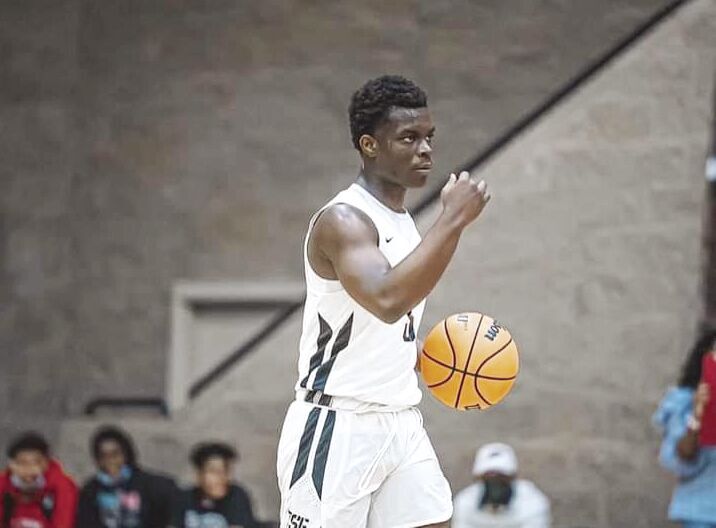 Jahkiaus Jones is shown at the Nike Peach Jam. 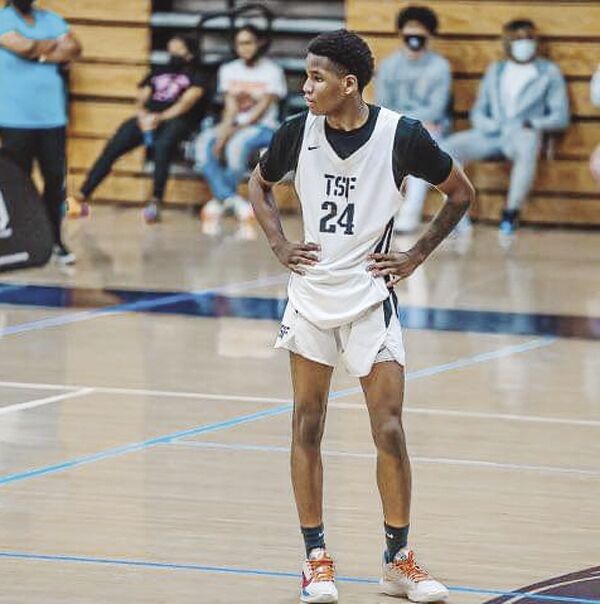 Lavonta Ivery is shown at the Nike Peach Jam.

The Skills Factory won the 15-and-under championship in the EYBL Nike Peach Jam.

Jahkiaus Jones is shown at the Nike Peach Jam.

Lavonta Ivery is shown at the Nike Peach Jam.

A week ago, two young Thomson basketball players were ready to take the court against players from across the country and face well-known names that were nationally ranked.

Now, everybody will know their names.

Lavonta Ivery and Jahkiaus Jones led their team, The Skills Factory, to capture the 15-and-under championship in the EYBL Nike Peach Jam this past Sunday in North Augusta, S.C. Both will be sophomores at Thomson High School this year and are returners on the school’s varsity team. They also were part of the 2019 TMMS middle school championship team as eighth graders.

The Skills Factory is coached by Julius Patterson, a former Burke County basketball and football player who can recall taking the court against the Thomson Bulldogs.

“I started the program with both of them. We built the team up around them,” Patterson said, as he detailed the team was formed around Ivery and Jones. Other than Ivery and Jones, the team is comprised of one player from Columbia County, one from Augusta, one from Statesboro, two from Atlanta, two from Tennessee, and two from North Carolina.

The structure of the annual Peach Jam was altered this year by the pandemic. Usually, the qualifiers would have been played more spread out on the calendar. But, this year they were all packed into the week immediately prior to last week’s Peach Jam. Basically, The Skills Factory and other teams that went the distance played straight through for two weeks. Patterson said his team played 16 straight days of basketball.

“We just joined the Nike program this year. This past October we signed a deal with them and they added us on,” he said.

In qualifying action, The Skills Factory lost one game. But, past that, the squad led by two Thomson boys was on a roll. Out of 78 teams in the age group, 24 went to the finals. Those teams were placed into six pools of four teams.

“You had to finish top two to make it to the championship bracket,” Patterson said. “We ended up going undefeated 3-0 to make us the number one seed and then we just ran the table from then on out.”

“We was always the underdog because we don’t have a player on the team that is ranked. Every team we played had a ranked player on the ESPN rankings, so we always felt like we were the underdog,” he explained. “But once we got to the championship game we was going to seize the moment because we all wanted it.”

“They jumped out on us pretty early. We just made it a game and kept going back and forth. The guys just stepped up and seized the moment probably the last two minutes of the game,” the coach said.

Patterson said it took guts, heart and dedication to win the game. That win pretty much capped the season for The Skills Factory, other than one tournament coming up in Las Vegas, N.V.

But the two young Thomson Bulldogs gained notoriety at the Peach Jam. They took on highly ranked and well known high school players from across the country, and won.

“Lavonta is a great point guard/shooting guard and probably the best defender in the country,” Patterson said. “Every player that was ranked on the ESPN list, he locked every one of them down to 10 points and under.”

For Ivery, he knew it was time to prove himself.

“I was like ‘Wow’ it’s my time to wake everybody up and tell them who I am, so I had to just lock them down and play my game,” Ivery said.

The key to defense for Ivery, he said, is don’t give up and play your hardest. He watches his opponent’s body language and quickly learns how to cover them.

Jones is equally a threat on the court. Patterson trusts in his ability to work the ball into scoring position.

“He can probably break any trap or zone you’ve got. He’s the best assist man in the country,” Patterson said.

Like his Thomson teammate, Jones knew the Peach Jam was a chance to show what he, and the team, could do.

“People all over the country didn’t know us, so we just had to put them on notice, and we did,” said Jones. “We had never been on tv so it was just confidence and going out there and showing them who we are.”

He said he is motivated by knowing his family is watching and depending on him, so he works hard when he is on the court. But, he only returned to the court recently.

“He died on the court this summer, twice," Patterson explained. “He just got released two weeks before Peach Jam to come back and play.”

Near the end of March while playing in a tournament in Atlanta, Jones collapsed.

“He was playing and collapsed and died twice and they brought him back to life,” the coach said.

Patterson explained a parent, who was a doctor, ran onto the court from the stands and assisted with the defibrillator and CPR. Jones had heart surgery following the incident and the coach said he now has a defibrillator in his chest. It marked the end of football for Jones, but his basketball game is still going strong.

Both Ivery and Jones want to play NCAA Division I basketball one day. Neither has a specific college team they want to play for, but both do have their favorite teams that they cheer on. Jones likes Georgia and UCLA, while Ivery prefers LSU and Alabama.

So, what can the sports community expect from the two young athletes next when high school basketball resumes for the Thomson Bulldogs?

“We expect to win state this year, to make it farther than we did last year,” Ivery said.