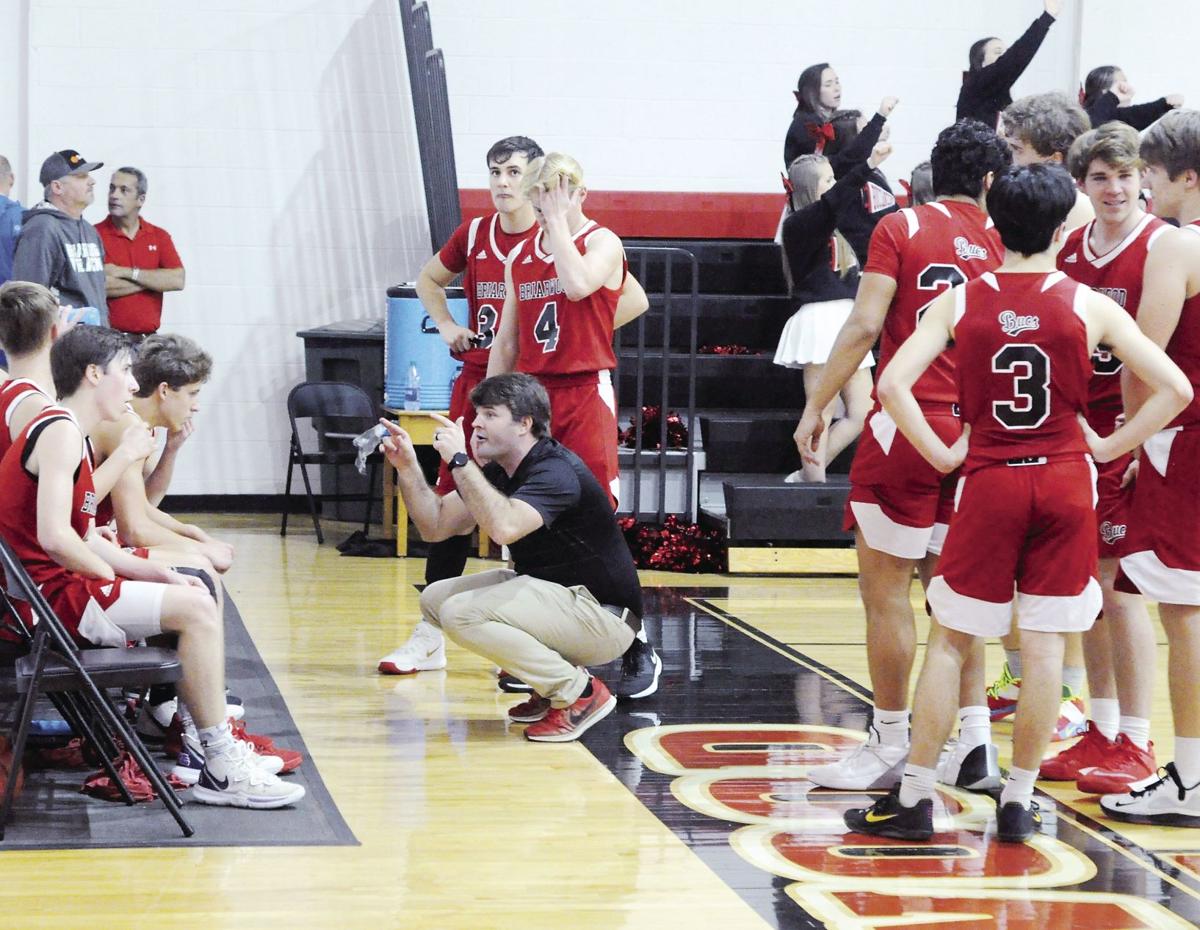 Ryan Gerlach coachs his Bucs in their final game of the season during the region tournament hosted by Briarwood Academy in February. 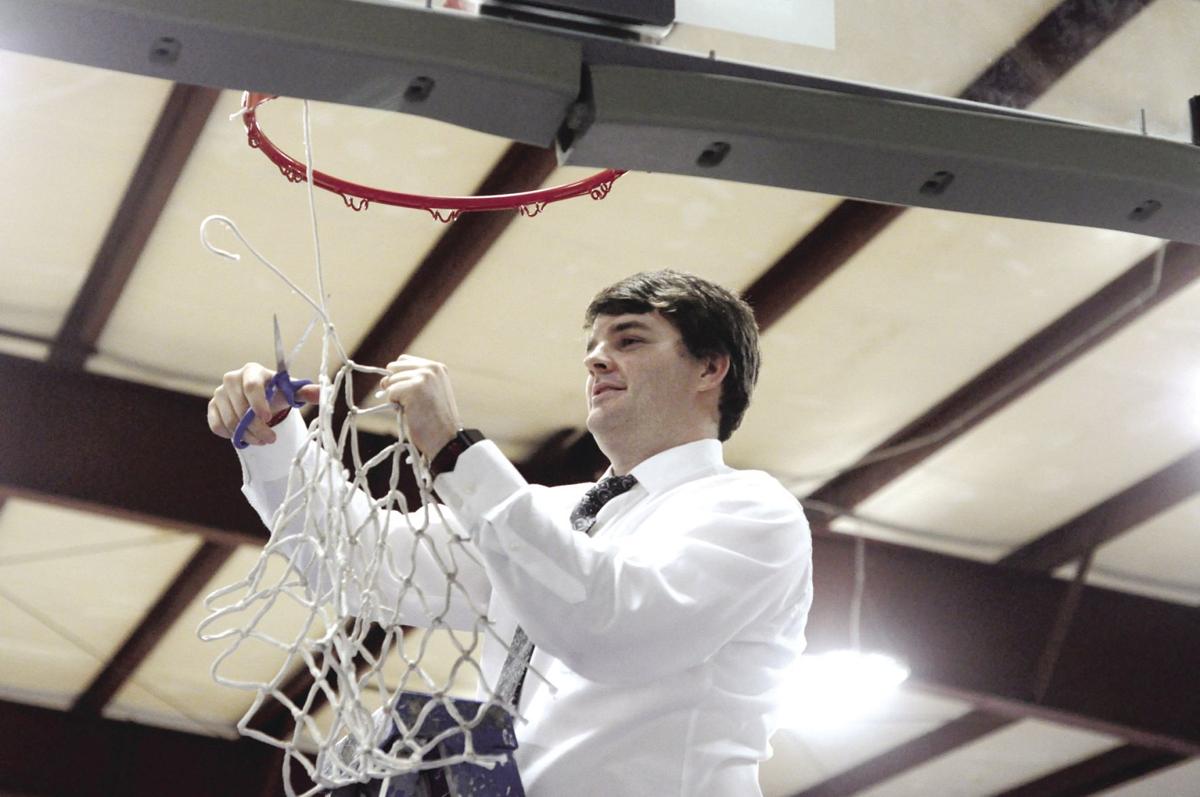 Ryan Gerlach cuts the final string in the net after his team won the region championship in February 2018.

Ryan Gerlach coachs his Bucs in their final game of the season during the region tournament hosted by Briarwood Academy in February.

Ryan Gerlach cuts the final string in the net after his team won the region championship in February 2018.

Gerlach and wife Taylor will be moving to Athens and he will join the staff at Apalachee High School in Winder. He has family in Athens and Taylor will continue her education at the University of Georgia.

Gerlach will be one of two defensive backs coaches and will teach pre-calculus and possibly algebra.

He was the Runnin’ Bucs head coach for six years. In football season he coached defensive backs and for three years also was the defensive coordinator.

“Ryan will be sorely missed. He is one of the best guys I have ever worked with and we will miss him in every aspect of the school,” said Bo Fleming, Briarwood athletic director..

“I feel like he’s gotten better every year as a coach and he’s got a bright future,” said Fleming. “He really came into his own as a coach, he really worked hard, and he really wants to be successful.”

Gerlach said the highlight of his basketball coaching career at  Briarwood was in February 2018 when his team captured a region championship. In the title game, Briarwood faced Windsor Academy, who was also hosting the tournament.

Despite losing to Windsor earlier in the season, the Bucs defeated them in the championship game by a score of 66-48. It was the Bucs’ first region championship in 19 years.

As a football assistant coach, Gerlach recalls how the Bucs captured three region championships, made it to the final four three times, and played in the state championship twice.

As a football coach, he said he enjoyed “developing a winning culture and I was able to be a part of that.”

“Just coaching with the different coaches and coaching under Bo (Fleming), I really enjoyed that,” Gerlach said.

Fleming’s first year as athletic director and head football coach he brought in Gerlach, one of his former basketball players, to coach basketball.

Gerlach completed his  student teaching at Monroe Area High School the year before, but did not coach. The next year, he came to Briarwood as a coach.

“They took a chance on me and they gave me a head coaching job for basketball straight out of college,” Gerlach said.

Ironically, in his younger days as a student athlete at Briarwood he never played football. His focus was basketball and baseball.

“I was such a basketball guy in high school that I never played football. I just trained for basketball in the fall,” said the Briarwood 2009 graduate.

His love of coaching football developed in recent years.

“Over these six year’s I’ve just loved coaching football so much that, I just love it and want to keep doing it,” he said.

He will now be joining a much larger public school football program at Appalachee.