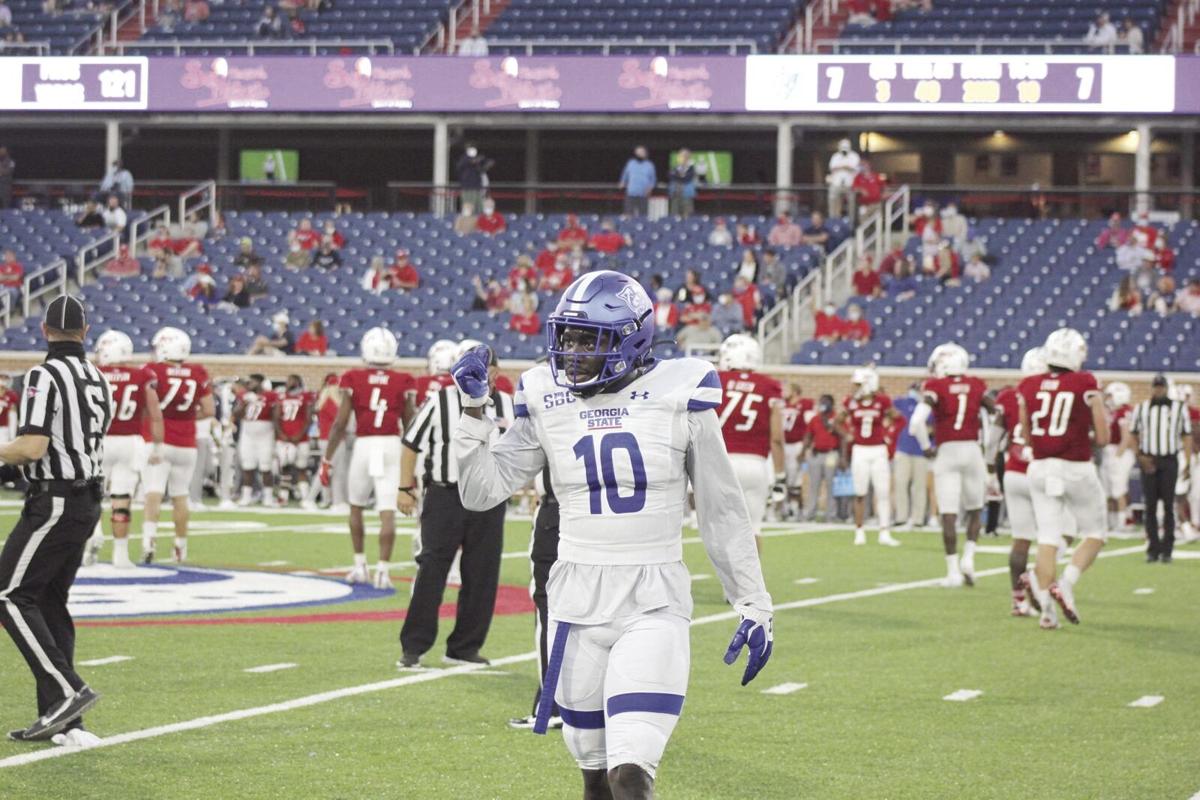 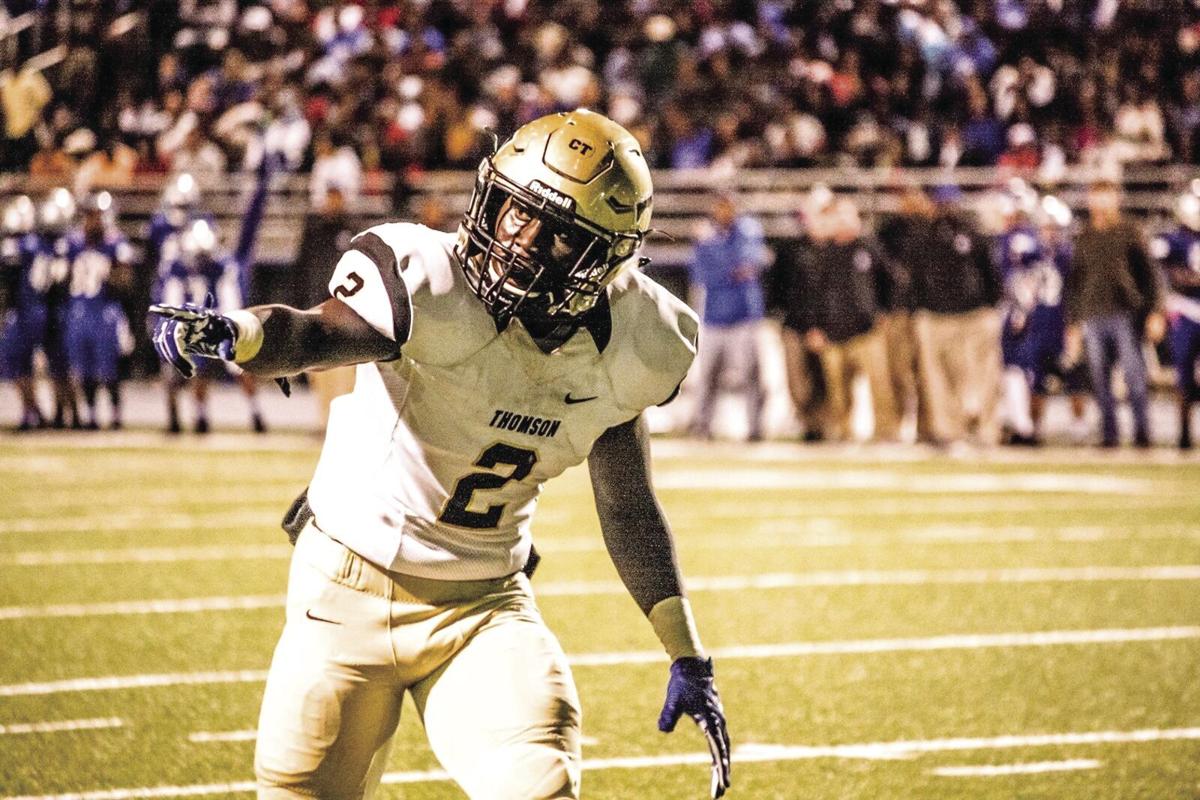 Crawford lines up at wide receiver for Thomson during a Burke County match.

Crawford lines up at wide receiver for Thomson during a Burke County match.

Jacorey Crawford is a Junior outside linebacker at Georgia State University in Atlanta, Ga. Before that he was roaming the field at the Brickyard as a member of the Thomson High School football team. “Thomson is a football town,” Crawford said when asked about his playing time at THS. THS athletics prepared Crawford for what the atmosphere may be like at the college level, according to Crawford. Football was not the only sport he played during his time in high school. Crawford also ran track during his freshman and sophomore years. Once he got to his junior year he decided it was best if he focused solely on football and started going to some of the football camps. During his junior season, Crawford accumulated 70 tackles and four interceptions. He helped THS reach the Class AAAA state finals with a 14-1 record. In 2017, he helped THS reach the quarterfinals. Crawford was a two-time, first-team All-Region 3-AAAA defensive back. He was also named a two-time, second-team All-Area player by the Augusta Chronicle. Something that always stuck with Crawford was to always make sure he kept his head on straight. “Keep your head on straight, stay out of trouble, and keep your grades up,” Crawford said. Crawford always feels like he’s being evaluated, no matter if it’s on the field or off. “Never give a poor performance, and always feel like you’re being evaluated,” Crawford said. According to Crawford, he likes to surround himself with people that have similar interests, and believes everyone should do the same. Some of his fondest memories while attending THS were the practices that he had while on the football team. The hardest change for Crawford from high school to college was the criteria. He graduated from THS a semester early and enrolled at Georgia State in January of 2018. “It was hard because I didn’t understand how to manage my time early on,” Crawford said. Crawford is scheduled to graduate this summer, but doesn’t know exactly what he wants to do. Crawford wants to pursue a career in the National Football League (NFL) after his career ends at Georgia State. He does plan to open a chain of gyms for athletes in the Thomson area.