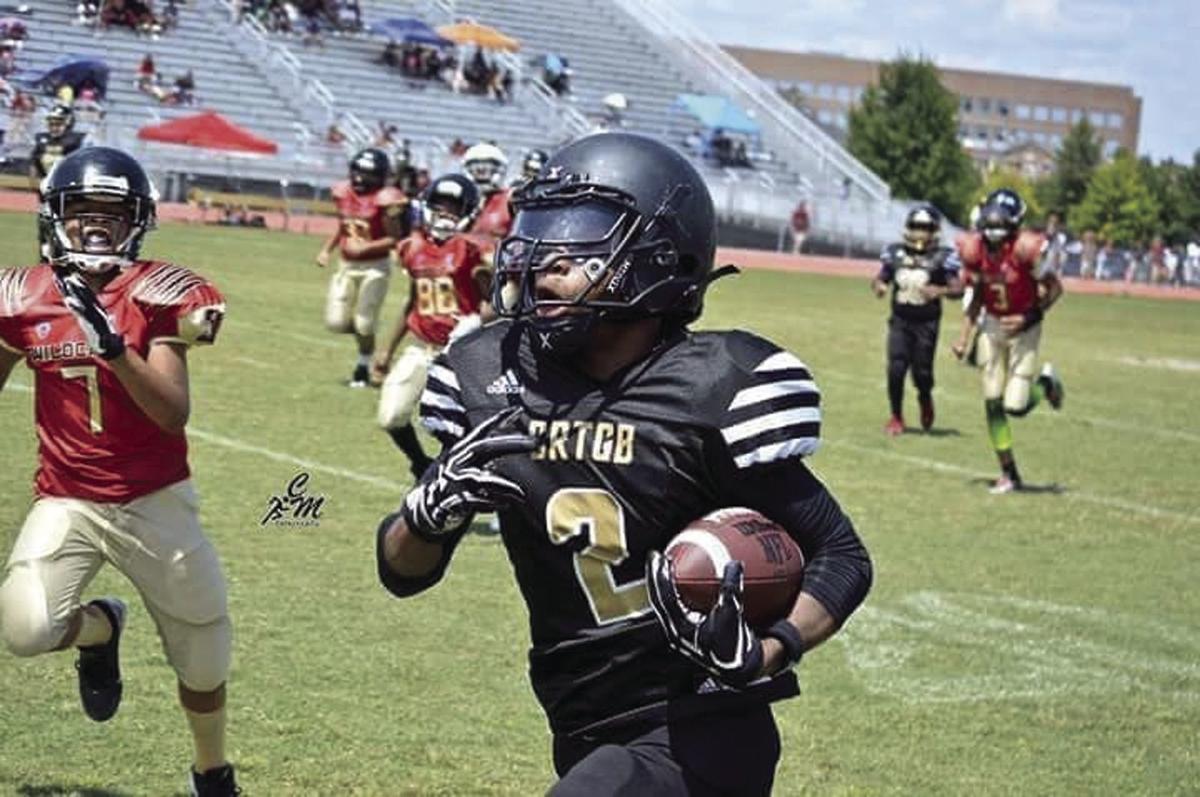 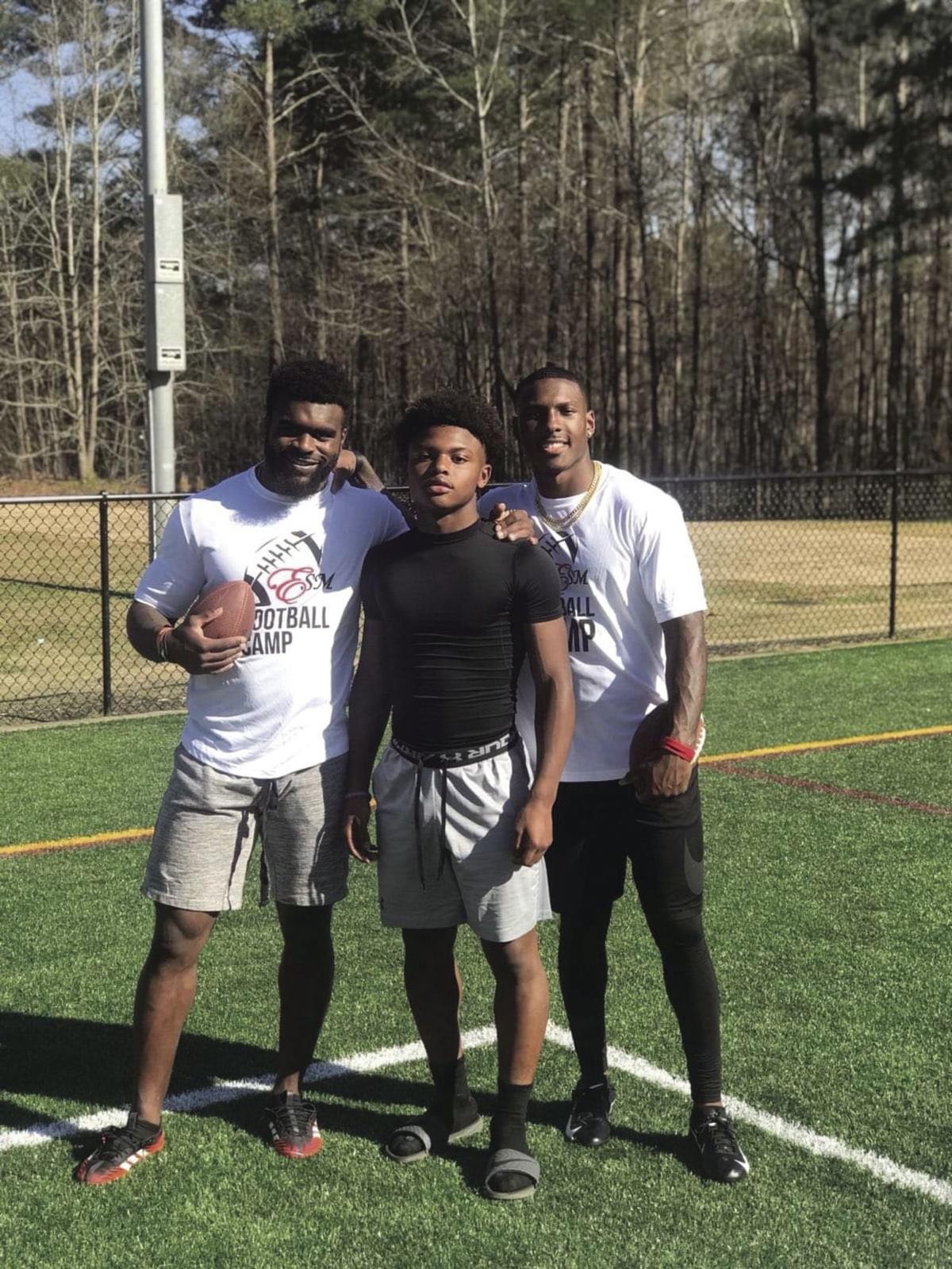 In January 2019, Anthony Jeffrey took part in the University of Georgia’s football camp.

In January 2019, Anthony Jeffrey took part in the University of Georgia’s football camp.

Off the field, Anthony Jeffrey describes himself as loving and funny. On the field, he said he becomes ‘TreyTrey.’ And all challengers would do well to take note because he’s coming for them.

Jeffrey was recently ranked the number one 13-year-old football player in the nation by the Gridiron Kings All American Game. This Saturday, he will play in the Future Stars Game tournament, which will pit Georgia’s best football players against Florida’s best. He plays as a running back and middle linebacker, and is part of both the Thomson-McDuffie Middle School football team and the Columbia-Richmond Thomson Bulldogs football team. The seventh-grader has played football since the age of 5. In that time, he’s won over 10 Most Valuable Player awards, participated in all-star teams, and won even more than that. Cassandra Hanson, his mother, said he’ll soon have to expand his trophy area at home to keep up.

“Every single award, I cherish because I know that if it wasn’t for God, I wouldn’t be there” he said. “If you see where you come from, that background that you come from, and you see how it is when you’re up, you’ll cherish everyone you get.’

Training for football is a year-round event for Jeffrey.  During the summer, he’s doing one hour of weight training and one hour of cardio with his coach and brother, Frank Ivey. On the weekends, he spends one to three hours working out at Athletic Elite with a personal trainer.  He also runs track during the year.  Practice has become more and more important as Jeffrey has grown.

“I want to always push and get better,” he said. “If you’re the greatest, why are you going to practice? I know every time I practice, I can get better.”

When Jeffrey was little, he said he felt insecure about his body and thought that the other players might squash him.

“I used to look at my body and compare myself to everybody else,” he said.

With his family, Jeffrey said he talked  about these insecurities. Jeffrey describes them as funny group of people that he loves. His brothers coach him and offers him advice. His uncle, Lee Ivey, promotes him in the things he does. And his father, Jessie Hanson, guides him.

Over time, Jeffrey started to look at the advantages he had. He could get in places where no one else could. Jeffrey said he’d eagerly plead with his coaches to put him in the game. His successes there, he said, eventually lead to people noting that all he needed was 10 seconds to change things.

But, Jeffrey emphasized the confidence he gains from God and spoke about how he leans on his faith.  Before a game, he prays.

“If I walk on the field with prayer, I know the game is in my hand,” he said. “There’s no greater shield and armour that God gave you.”

Recruiting Ticker, Jan. 21: Another busy junior day ahead for Huskers

Jeffrey said that one of his greatest moments of playing football happened while playing for the Warrenton Recreation Department. In a championship game, his team was up against a team from Jones County, Georgia, which had stopped the team from winning the championship many times before. Jeffrey said he made an interception that moved the game to a that moved the game to a one-point win.

“I never had a game that close,” he said.

Eventually, Jeffrey said that he wants to play in the NFL, but that’s not his only goal. In the off-season, he said he wants to work as a nurse. Seeing his family in the nursing field inspired him, he said.  Jeffrey has straight As to get there.

“School comes first,” he said. “School will take you further than sports will.”

In addition, Jeffrey is working on starting a brand, Exceed Athletics. The brand will mix faith and sports. Jeffrey is an active member of the Walking By Faith church in Thomson, where his mother is pastor. Jeffrey emphasized looking at people at their core, treating others with respect, and considering choices.

“When God first made the earth, He gave us choice, so life wouldn’t be boring,” he said. “So that’s something you can always hang with when someone tells you; you can’t do this, [and] you can’t do that.