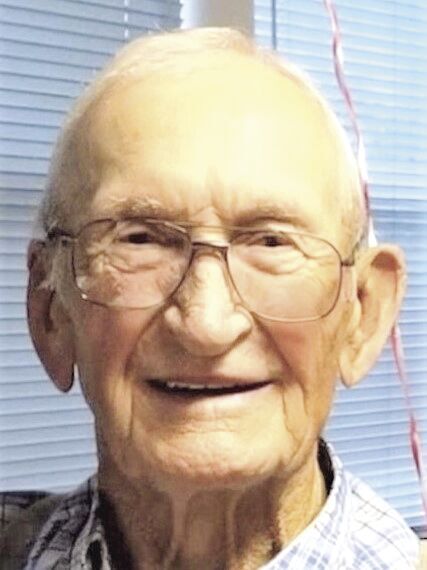 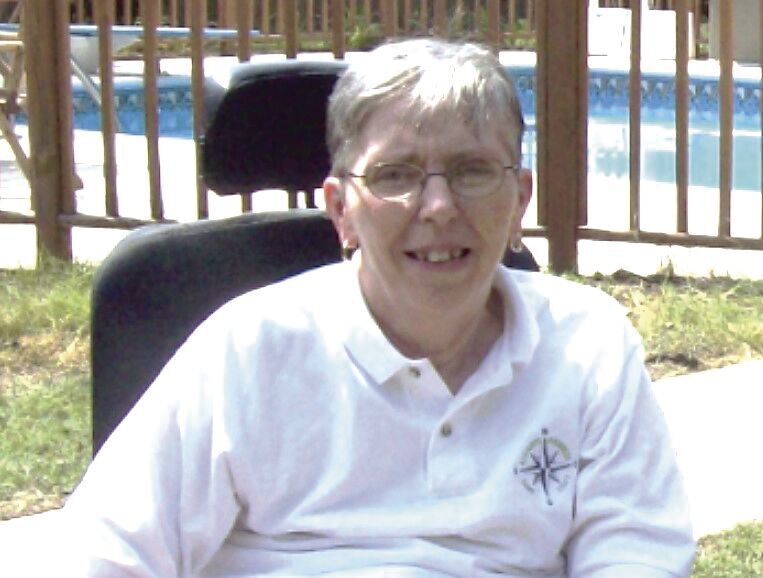 There will be a private zoom memorial by the family at a later date.

Mr. Butts was born in Great Bend, Kansas, but has lived in various places before making Boneville his home in 2007.  Wayne was retired as the owner/operator of D and M Trucking with over 40 years of trucking driving.  He won truck driver of the year in 1975 and was very proud of that.  If you knew Mr. Butts you had a friend. He liked everyone and would give you the shirt off his back if you needed it.  Wayne was a Vietnam Veteran and had a passion for helping veterans in need.

He was an avid outdoors man and a member of the NRA. When asked how you would describe Mr. Butts, it was often said he was a great husband, father, grandpa, and friend, with a great sense of humor. Wayne was predeceased by his parents, Joseph O. Butts & Carolyn J. (Unruh) Butts; youngest son, Gavin Wayne Butts; brother, Robert; and Sister Dorothy Ann.

Due to the current National State of Emergency the family would appreciate any phone calls, emails, cards and text messages during this time.

Susan Crawley, 75, passed away on October 22, 2020.  She was born in Christiansburg, Virginia on January 14, 1945 and lived in Hillsville Virginia until 1963. She relocated to Greensboro, North Carolina until September 2018 when she moved to Thomson, Georgia to live near family.

Susan worked with Deloitte, Haskins and Sells accounting firm until 1992 and UNC at Greensboro Continue Education Division until retirement.

Susan will be buried next to her grandparents at Shiloh United Methodist Church Cemetery in Hillsville Virginia at 2:00 p.m. Saturday, October 31, 2020.

The family request that in lieu of flowers, remembrances be sent to either the National Multiple Sclerosis Society or the American Cancer Society.

Diagnosed with a rare blood disorder at an early age, Dan purposed to spend his entire life sharing the love of Jesus Christ. He attended Parkland Baptist Church in Louisville, KY, graduated from Seneca High School in 2005 and then attended the University of Louisville where he graduated in 2009. In 2015, Dan graduated from Southeastern Baptist Theological Seminary with a Master of Divinity degree. On April 11, 2015, Dan married his faithful helpmate, Cyndi Forman Curry, while surrounded by numerous family and friends.

Dan’s love for others, gift of music, and his desire to serve the Lord took him to many places throughout the United States and world. His passion for ministering to children and teenagers was demonstrated by his many years of service with CentriKid and Fuge camps as well as various college and campus ministries, including the Baptist Campus Ministry at Georgia Tech in Atlanta, GA and the college ministry at Grey Stone Church in Durham, NC. For the past 5 years, Dan has served as Associate Pastor at First Baptist Church in Warrenton, GA where he led the music and discipleship ministries.

Loved by all, Dan was a faithful servant of the Gospel, bringing joy to all who knew him. He will be missed by everyone who had the honor to know him.

Because of the family’s concern for public health and safety during this COVID -19 pandemic, the family requests that social distancing and other safety precautions be followed.

In lieu of flowers, memorial gifts may be made to the Property Fund of First Baptist Church of Warrenton P.O. Box 512 Warrenton, GA  30828.

Jackie grew up in rural Alabama and went on to graduate from Agnes Scott College in Decatur, GA, in 1956, with a B.A. in Music (Voice & Piano).  She was also a 1961 graduate of Emory University with M.L.S. in Medical Library Science, and a 1982 graduate of Georgia State University with a M.S. in Education & Counseling.

She was an instructor at Georgia Institute of Technology, and assistant professor at West Georgia College and Oral Roberts University (Tulsa, OK), where she built the medical and dental library collections for the two new schools at ORU 1976-1980.  Jackie had licenses in real estate, investments, and insurance, along with a certificate in tax preparation from H&R Block. She retired in 1983.

Jackie was a long-time member of Peachtree Christian Church, and later Mount Paran Church of God in Atlanta, where she was a choir member and soloist. She was a past President of the Atlanta League of Women Voters, a delegate to the state political party conventions in Georgia and Oklahoma, and a Deputy Registrar for Fulton County.  She was a dedicated volunteer for Population Connection and Planned Parenthood of Georgia, and the American Heart Association of North Fulton/Gwinnett County, serving ten years on their Board of Directors.

She was a pianist, organist, lyric soprano, and finalist in the Miss Alabama contest in 1955.  Her love of music, art, and architecture led her to design and build three houses for her family 1990-2001, and travel to 42 countries in 31 years to see the great buildings, castles, and houses of the world.

Jackie was first married to Ronald E. Fincher, MD in 1956, and raised three children.  She later married Bernard Prudhomme in 1983. For 35 years they enjoyed books, art, music, and many travels throughout the U.S. & Europe.  Jackie was diagnosed with Alzheimer’s Disease in 2007, and Bernie became her faithful loving primary caregiver for 10 years until his death in July 2017.  She was also proceeded in death by her mother, Lucile Totty Homer in 2002.  Jackie is survived by her three children, Jacqueline W. Fincher, MD (James L. Lemley, MD) of Thomson, GA, Andrea L.F. Reichenbach (Mark) of Pleasanton, CA, and Ronald E. Fincher, Jr. (Elizabeth) of Roswell, GA, and five grandchildren, Laura Lemley Hampton, MD (Mark) of Durham, NC, Rachel and Garret Reichenbach of Pleasanton, CA, and Sarah and John Fincher of Roswell, GA.

An immediate family only graveside service will be held at Arlington Cemetery in north Atlanta on Saturday, October 31. The family is planning a Zoom memorial service in the near future, where extended family and friends will be invited. Please email Jacqueline at jacqfincher@gmail.com of your interest to receive the zoom invitation The family especially honors and appreciates the wonderful caregivers from Family Care Inc and Regency Hospice, and especially Dorothy Smalley.

Memorial donations in Jackie’s name may be made to Agnes Scott College, the Alzheimer’s Association, or Planned Parenthood. Curtis Funeral Home of Thomson, GA is in charge of arrangements.

Kim lived in Thomson, GA most of her life and was a 1982 graduate of Thomson High School She worked at Family Dollar in Thomson and Harlem for many years. “Gigi” as she was affectionately known loved keeping her grandchildren most of all. She was a member of Raysville Baptist Church. Kim was predeceased by her father, Quinton Bailey and daughter, Cheryl Lynn Helmly.

Mrs. Hobbs was born in Lexington, South Carolina to the late Clarence and Ethel Shumpert.   She lived in Thomson, GA most of her life. Mrs. Hobbs enjoyed flower gardening, cooking, and especially loved her family and being surrounded by them. She was a member of Zoar United Methodist Church. In addition to her parents, Mrs. Hobbs was predeceased by her husband, Johnny Plamon Hobbs; daughter, Rose Mary Pinion; brother, Raymond Shumpert; and sister, Retha Scurry.

A graveside service will be held at 2:00 p.m., Sunday, October 25, 2020 at Zoar United Methodist Church with Pastor Faye Burgamy officiating.  Interment will follow in the church cemetery.

The family will be receiving friends following the graveside service.

Per the family’s request memorials may be made to the Gideon’s International or to Zoar United Methodist Church.

Per CDC requirements the family will be observing social distancing and masks are requested. Due to the current national health concern, the family would appreciate all phone calls, cards, texts, and e-mails.

There will be a graveside service for immediate family only with interment at Savannah Valley Memorial Gardens in Thomson, Ga. with the Reverend Danny McClure officiating.

Lindy McTier was a native of Warren County. He served in the U.S. Army from 1945 to 1967, while being stationed in Europe, Korea, Vietnam and numerous stateside bases. Following retirement, he drove a school bus for the McDuffie County school system and then retired again to tend his great loves: his wife, his children and the family farm.

Mr. McTier was active in numerous community organizations and events. He served as a member and leader of the Dearing Elementary School PTO, the Dearing Lions Club, and the Georgia Cattlemen’s Association. While serving on the McDuffie County Recreation Committee, he led the effort to establish a recreational park in Dearing. He served on many boards and committees at the Harlem United Methodist Church, and he was a member of the Fort Creek Baptist Church Brotherhood. Along with his wife, he was a cofounder of the Kendall McTier Family Association.

Lindy McTier is survived by his wife Jan and his four children: David McTier of San Antonio, Texas; Linda Carrier (Don Mosely) of Johns Creek; Steven McTier (Sandy) of Byron; and Michael McTier (Lynne) of Dearing. In addition, he is survived by one brother, Morris McTier, of Dearing, and six grandchildren.

In lieu of flowers, the McTier family asks that you make a contribution in Lindy’s name to the Alzheimer's Association or your favorite charity.

Mr. Pruet was a God fearing man who was a faithful husband and loving father and who served his country proudly in the military.

Mr. Pruet grew up in Raleigh, North Carolina and was the son of the late Robert Alexander Pruet and the late Ruth Anne Lamb Pruet. After High School he enlisted in the U. S. Army and retired as Chief Warrant Officer after 20 years of service. He lived in McDuffie County, GA for over 40 years. Mr. Pruet was a school bus driver with the McDuffie County Board of Education and also worked as a U. S. Postal Service rural mail carrier for 10 years. He was a member of the Thomson Presbyterian Church, Southside Aiken Presbyterian Church and the A.J. Miller Masonic Lodge #204 where he was a Master Mason and earned his 50 year award in Thomson. Mr. Pruet enjoyed cattle farming and spending time with his family. In addition to his parents, Mr. Pruet was predeceased by his wife of 61 years, Janet Wilms Pruet.

A graveside service will be held at 11a.m., Saturday, October 31, 2020 in the Marshall Baptist Church Cemetery with Rev. Paul Reviere officiating.

If so desired memorials may be made to Thomson-McDuffie County Animal Shelter 802 Whiteoak Street, Thomson, Georgia 30824.