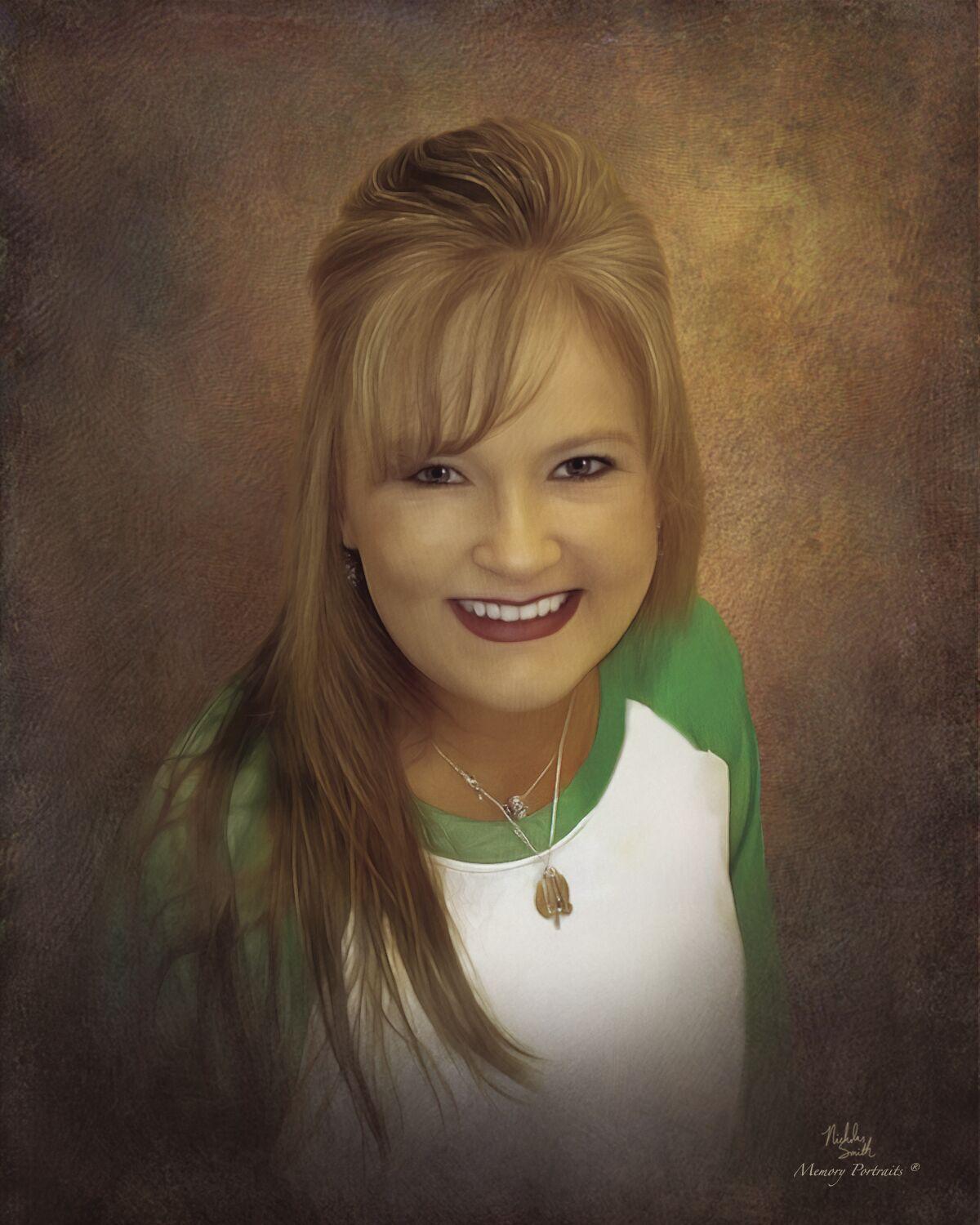 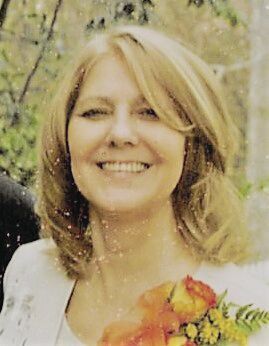 Thomson, GA- Patricia “Patty” Hobbs, 45, child of God, loving mother and friend, entered into the presence of the Lord on February 8, 2021. Patty made each of her 45 years count, and her life leaves behind a lasting impact on all who knew her. She loved others well and deeply, and she was the person others came to for words of wisdom and advice. She was the constant, steady friend who was always there whenever you needed her, regardless of how long it had been since you last spoke. She was the woman that filled the role of “mama” wherever she went, serving as a mentor to coworkers and those in her community. Patty was not afraid to tell you what you needed to hear, even if it was not the answer you wanted. If ever someone needed support or encouragement, Patty was always the first in line to cheer him or her on. You could always count on her to be your biggest fan. Those who knew her will remember how she smiled with her entire face, how contagious her laughter was and how it would seem to bubble over and fill the room. Patty’s joy was the kind of joy that was nearly tangible, and her spunk and sass will never be forgotten. Patty spent much of her time with her husband, her children, and especially her only grandson Broxton. Patty shared a special bond with her children and watching them grow into young adults filled her with utmost pride. Becoming Mimi was also one of Patty’s greatest joys. In the words of Shell Silverstein’s book, The Giving Tree, “she loved a little boy very, very much – even more than she loved herself”. Patty also enjoyed listening to her nephews Alex and Aaron Hintz play in their band, The Harlem Sons. She was one of their biggest supporters and rarely missed a show. She is preceded in death, and joyously welcomed into Heaven by her mother, Vernice Hintz; brother, Clifford Hintz; grandparents, Wesley and Dimple Meadows; and aunt, Faye Widener. She is survived by her loving husband, Paul Hobbs of Thomson, GA; children Jake Hobbs (Caitlin O’Brein) of Hardyville, SC; Dallas Coleman of Dearing, GA; and Ashley Coleman of Thomson, GA; and grandson, Broxton Richards. She is also survived by her parents-in-law Sandra and Mike Turner and Beatrice and Everette Hobbs, as well as siblings Michael Hintz (Lisa), Jerry Hintz (Season), Barbara Hintz, Stacey Cox (Eugene); many nieces and nephews and close family friends, Deanie & Preston Fielder.  A celebration of life service will be held at Beggs Funeral Home in Thomson, GA, Thursday February 11, 2021 at 11:00 a.m. Per CDC requirements, the family will be observing social distancing. Masks are requested and appreciated. Due to the current national health concern, the family would appreciate phone calls, cards, texts, and e-mails. Beggs Funeral Home and Cremations Services, Thomson, Georgia is honored to serve the family of Patricia “Patty” Hobbs.

Mr. Bobby W. Johnson was born in Warren County, Georgia on January 12, 1930 and went to his final resting place on February 1, 2021 at University Hospital, Augusta, Georgia. Mr. Johnson was preceded in death by his parents, Mashburn and Josie Dye Johnson; brothers, Roy Johnson, Gerald Johnson, Howard Johnson, Everett Johnson; Sisters, Mae Johnson, Ruth Johnson, and JoeAnn Hardebeck. He is survived by his brother, Margia “Smokey” Johnson, sister-in-law, Betty Johnson and many nieces and nephews. Bobby attended Warren County High School. He served in the U.S. Army National Guard. He was a member of the Georgia House of Representatives from 1963-1972. He served as the sole Warren County Commissioner from 1973 to 1976, as Chairman of the Board of Warren County Commissioners from 1985 through 1988 and from 1993 through 2000. He was an active member of the Franklin Masonic Lodge #11. In lieu of flowers, family and friends may make donations in his memory to Mill Creek Baptist Church or the Cemetery fund. Graveside services were held at Mill Creek Baptist Church Cemetery, 6252 Mill Creek Church Road, Mitchell, GA 30820 at 2:00pm on Thursday February 4, 2021 with Chaplain Michael James Johnson, officiating. The family received friends at the graveside following the service. Due to the current national health concern, the family would appreciate phone calls, cards, texts, and e-mails. Beggs Funeral Home, Thomson, Georgia is honored to serve the family of Bobby W. Johnson.

Thomson, GA – Mr. Roy Ezell Johnson, 50, passed away February 8, 2021. The funeral arrangements are currently incomplete and will be announced at a later date. Relatives and friends of the family may call at the residence or funeral home. Thomson Funeral System, Thomson, GA is in charge of all arrangements.

Gibson, GA - Emmett Angelo Loudis Jr, 70, died January 29, 2021. He is survived by his sister, Mary Diane Byrum (Billy) and many other relatives and friends. A private service was held February 4, 2021. Taylor Funeral Home & Cremation Care of Gibson, GA is in charge of arrangements.

Thomson, , GA - Kathryn Meeks Mobley, 89, of Thomson, GA entered into rest on February 8, 2021, at her residence. Mrs. Mobley was born on December 7, 1931 in Augusta, Richmond County, GA, to the late Lonnie Veal Meeks and Lillian Hood Meeks. She formerly worked for Knox Rivers as a secretary/accountant. Mrs. Mobley loved her children, grandchildren, her extended family, loved shopping, camping, sewing, listening to “The Old Time Radio Show” with Greg Harden and especially loved the lake and riding on her pontoon. Her survivors include her son, Bryan T. Mobley; her daughters, Dianne M. Henning and Patricia Lynne Mobley; grandchildren, Steven Henning, James M. Henning, Jr., Tommy Mobley and Jennifer Mobley and her nine, great grandchildren. A graveside service will be held at Westview Cemetery, Thomson, GA, Saturday, February 13, 2021 at 11:00 a.m. with Rev. David Lambert, officiating. Per CDC requirements, the family will be observing social distancing. Masks are requested and appreciated. Due to the current national health concern, the family would appreciate phone calls, cards, texts, and e-mails. Beggs Funeral Home, Thomson, Georgia is honored to serve the family of Kathryn Meeks Mobley.

Dearing, GA – Mr. Alex Lee “Alec” Phillips, 89, entered into rest February 06, 2021 at his residence. Mr. Phillips was a lifelong resident of Dearing, Georgia and the son of the late Matthew Phillips and Susie Bell Anderson Phillips. He was an Army Veteran of the Korean War and started his career as a mechanic with Darrell Johnson Chevrolet and later worked at Fort Gordon where he retired with over 24 years of service. Mr. Phillips was a member of Fort Creek Baptist Church. He enjoyed fishing, hunting, gardening, walking, and cooking his famous catfish stew. Mr. Phillips was predeceased by his son, Dale Perry. Survivors include his wife of 53 years, Peggy Phillips; sons, Alex Lee Phillips, Jr. (Melissa), Tony Phillips, all of Dearing, David Perry of Augusta; daughter, Lisa Stewart (Billy) of Augusta; two sisters, Helen Welch of Thomson and Evelyn Johnson of South Carolina; and grandchildren, Chevy Phillips (Kathryn), Kayla P. Sparks (Mason), Ritley Phillips, Stormey Phillips, LaTosha Stewart, Dustin Phillips; and great grandchildren. A graveside service was held at 2 p.m., Wednesday, February 10, 2021 at Fort Creek Baptist Church Cemetery with Rev. Jim Martin officiating. The family received friends from 6 until 8 p.m., Tuesday at Beggs Funeral Home. Due to the current national health concern, the family would appreciate all calls, cards, texts, and e-mails. The family will observe social distancing and masks are encouraged. Beggs Funeral Home and Cremation Services, Thomson, Georgia is honored to serve the family of Mr. Alex Lee Phillips.

Warrenton, GA - Mr. Danny VanDyke was born in Augusta, Georgia, Richmond County on October 12, 1949 and went to his final resting place on January 27, 2021. He was the son of the late Andrew Louis VanDyke and Pauline “Polly” Smith VanDyke. Danny was preceded in death by his parents and his sister, Susan Cranford. He is survived by his nephew, Chip Cranford (Deann) of Mt. Airy, GA; niece, Carla Cranford McMahan of Taylors, SC, and many cousins. Mr. VanDyke grew up in Warren County, graduated from Warren County High School in 1968 and served his Country in the U.S. Navy. His career was as a salesperson with Toole Supply Company, and he was an avid golfer and tennis player. A Memorial Service may be planned at a later date. Beggs Funeral Home, 799 Cobbham Rd., Thomson, Georgia is honored to serve the family of Mr. Danny VanDyke.