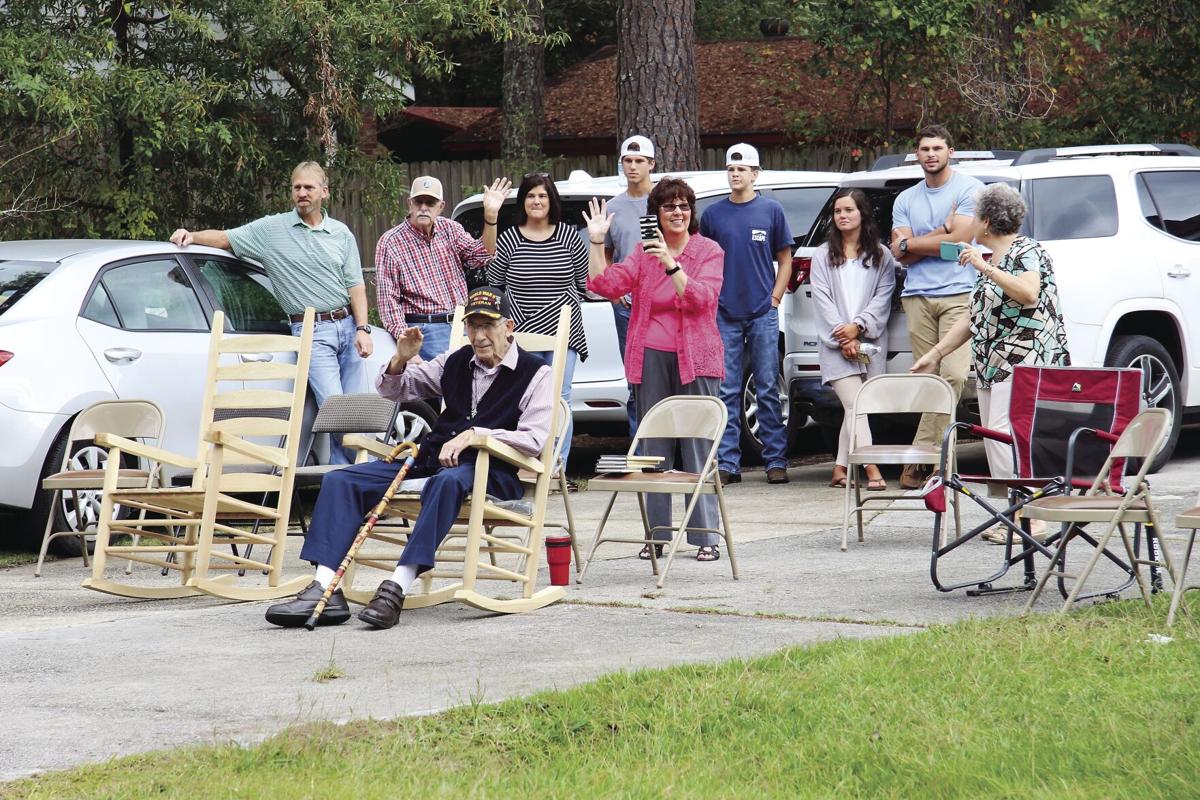 Louis Graziano and family wave as the group rides by on Oct. 25. 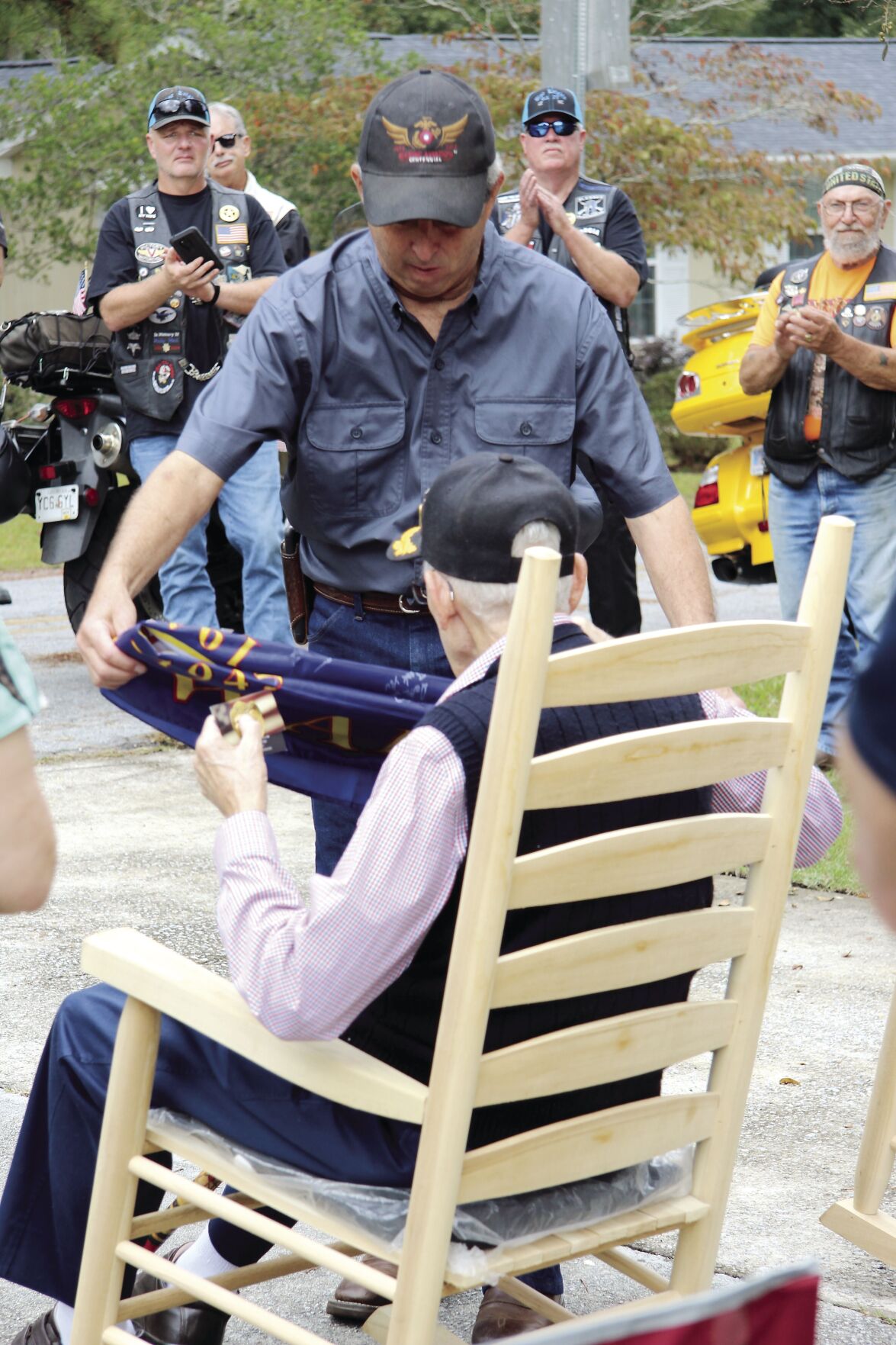 David Moore presents Louis Graziano with a WWII flag signed by the group.

Louis Graziano and family wave as the group rides by on Oct. 25.

David Moore presents Louis Graziano with a WWII flag signed by the group.

Luciano "Louis" Graziano, 97, received a hero's salute on Sunday as the Patriot Guard Riders made their way past his home.

Graziano, a World War II veteran and Thomson native, recently survived Covid, and with the help of his family, members of the Patriot Guard Riders rode by his home with a police escort, saluting, waving and thanking Graziano for his service.

Graziano said he wasn't expecting the ride by.

"It felt great," Graziano said. "I didn't know all this was going to take place. I wasn't expecting this much. I appreciate it."

The group is a non-profit that works to ensure fallen military members, first responders and honorably discharged veterans receive dignity and respect at their memorial services. However, in Graziano's case, they wanted to give him some encouragement since he had recently been discharged from the hospital.

"It's an honor to actually get here and be able to see the person we're here for," said Leon Lamb, state mission controller and assistant state captain for the south east region of the Patriot Guard Riders.

'I'm the President of the United States!': Trump flips out on reporter

The riders were also joined by members of the Military Vehicle Restoration Association and some other local veterans groups.

"The mission for Mr. Graziano [was] what we call a Help On The Homefront (HOTH) mission," Lamb said. "We often refer to these as feel-good missions as they are not as solemn as the Honor Missions that we normally do."

As part of the ride by, Lamb presented Graziano with an angel coin and a WWII flag signed by members who participated in the ride by of Graziano's house.

Graziano, who served in the U.S. Army for three years, was part of the third wave of D-Day at Omaha Beach, fought in the Battle of the Bulge and is the only surviving witness to the signing of the Instrument of Surrender at the Little Red Schoolhouse.