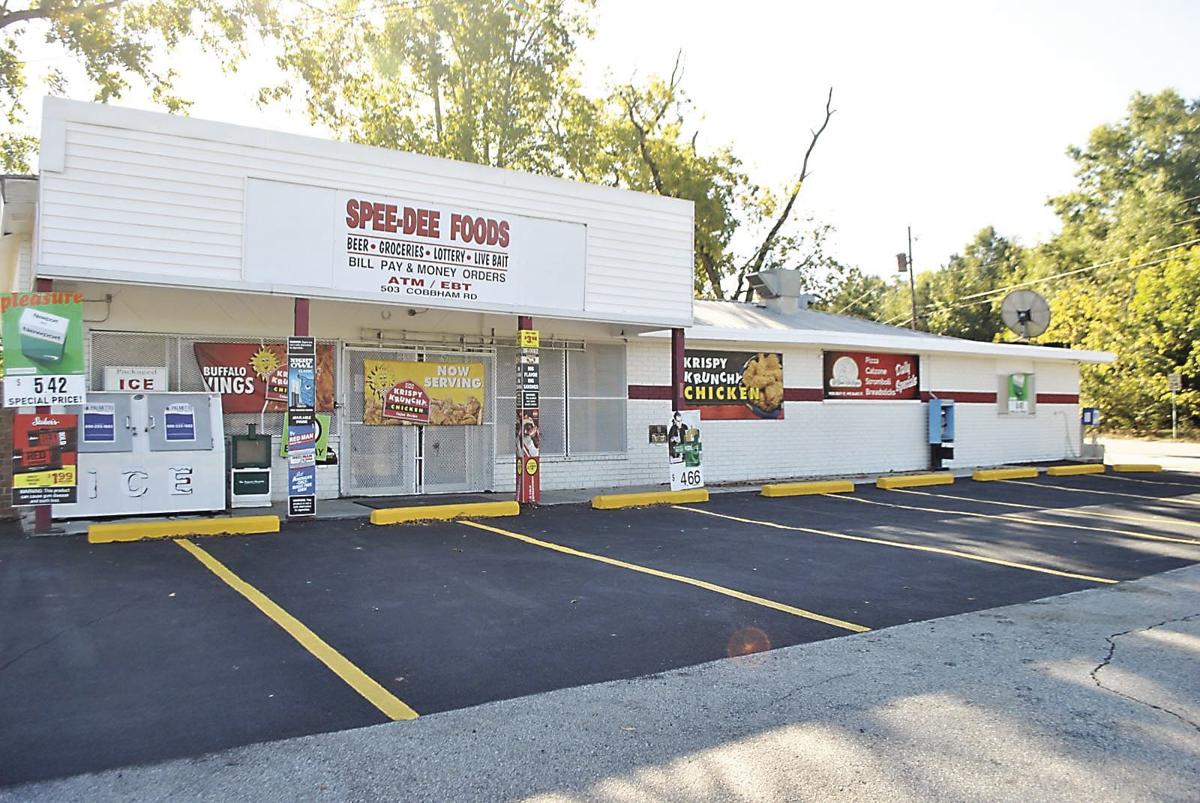 An inspection revealed 20 code violations at Spee-Dee Foods after an electrical fire. 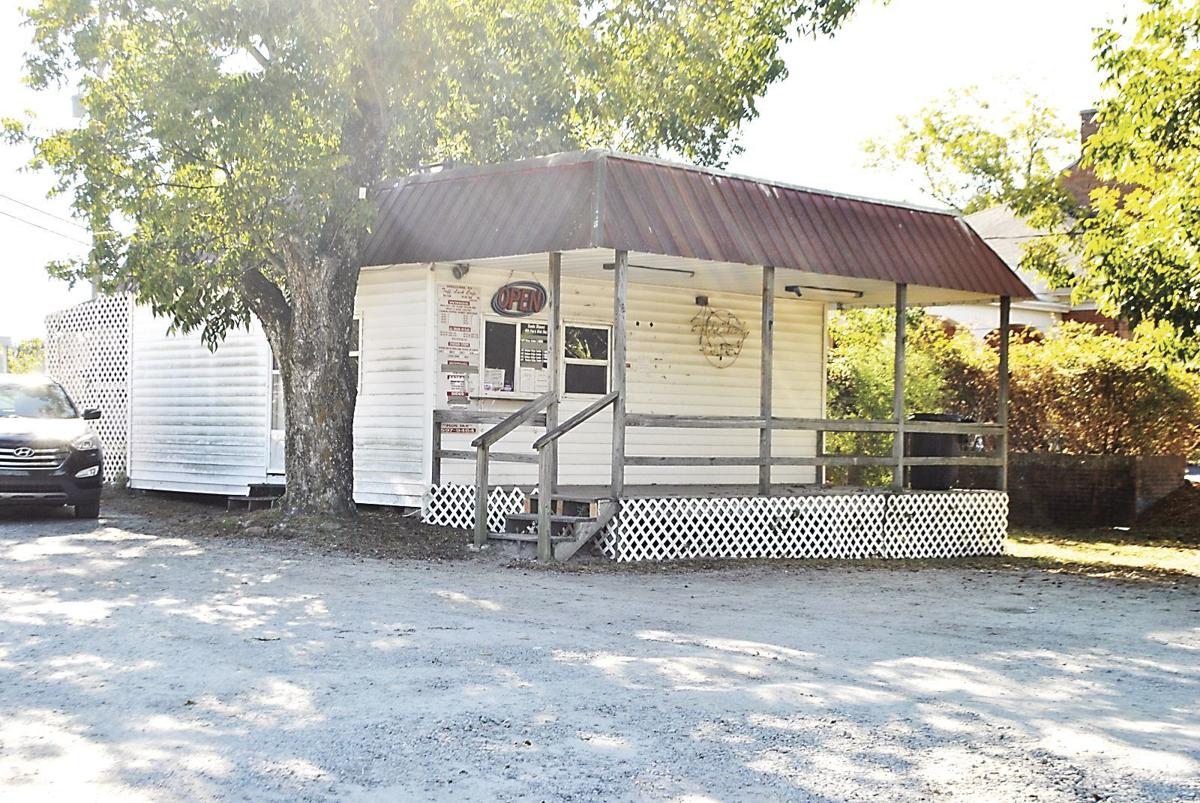 Tuff Luck was damaged by  a  deep fryer fire Sept. 28. An inspection revealed 10 code violations. The  eatery will remain closed until the owner decides to reopen or relocate the business.

An inspection revealed 20 code violations at Spee-Dee Foods after an electrical fire.

Tuff Luck was damaged by  a  deep fryer fire Sept. 28. An inspection revealed 10 code violations. The  eatery will remain closed until the owner decides to reopen or relocate the business.

A fire in the kitchens of two local favorite businesses uncovered numerous code violations which must be corrected before the owners may reopen for business.

A smoking and arching fluorescent light at Spee-Dee Foods Aug. 1 launched an inspection by McDuffie County code enforcement and shuttered the business at 503 Cobbham Road after 20 code violations were revealed.

Tuff Luck, at 662 Main Street, had a fire in a deep fryer Sept. 28, which also uncovered 10 violations that forced closure of the business.

According to Jimmy Crawley, chief building official in the Thomson-McDuffie County Department of Planning and Zoning, both establishments had electrical violations, equipment violations and violations that endangered employees and customers.

The owner of Spee-Dee Foods is working to correct the problems and reopen the convenience store. The owner of Tuff Luck is exploring his options, to either reopen at the current location or move the business to another location in Thomson.

A smoking and arcing light brought the former Thomson Fire Department to Spee-Dee Foods. The firefighters did not find smoke or fire in the attic space but they did find exposed wires hanging out of all of the panel boxes which made finding the circuits challenging, according to an Aug. 1 fire report.  The electricity was disconnected and the meter boxes were pulled.

The owner, Mukeshkumar M. Thakkar, was informed that several electrical issues had to be corrected before power could be restored and the convenience store could reopen for business, Crawley said.

“There were numerous electrical violations that warranted unsafe conditions to the public and to the staff,” Crawley said.  “We decided to remove the meter until they can get it back up to code,” he said.

According to Crawley, the store has temporary power to enable management to correct the 20 code violations discovered.  “We have responded to their request for inspection each time they get items up to a level,” he said.   The deficiencies in the electrical system are the culmination of many years of work done at the store without the proper permitting, the building inspector said.  “There were many wiring violations.”

Crawley said the timeframe for the reopening of Spee-Dee Foods is unknown. “It is up to them. As soon as their contractor completes the work, they will request an inspection and our response for an inspection is within 72 hours,” he said.

The former Thomson Fire Rescue responded to a deep fryer fire at Tuff Luck on Sept. 28 and discovered that the automatic hood suppression system did not activate because it was shut down and it did not have a required manual activation button.  According to the fire department, no detection system was found inside the building and the fire extinguisher failed to operate when employees attempted to use it.

According to Crawley, there was damage to the walls and to some electrical equipment at the to-go eatery, disconnection of the deep fryer suppression system, which is prohibited, and the portable fire extinguishers were past due for inspections.

“The fire department removed the utilities because of unsafe conditions to both the staff and the public,” he said.

As soon as owner Lee Phillips can get the work completed, he will get a permit to reopen, Crawley said.

“Tuff Luck will remain closed until I make a decision on what I am going to do,” Phillips said. “I am exploring options and considering moving to another location.

In another renovation matter, Burger King on Washington Road is undergoing its first renovation in 30 years, the building official said.  The restaurant is closed and once the renovation is complete, the business would apply with Crawley’s office as a new business.

Ridding the community of blight and nuisance problems is a cooperative effort of agencies under the umbrella of Moving Thomson-McDuffie Forward.  There have been numerous operations that have taken place with leadership by law enforcement and code officials to rid neighborhoods of clutter and mass gatherings in the street.

“We are starting to get some places cleaned up around here,” Crawley said. “We are making progress,” he said.  “We are getting assistance from the police department.”

The Thomson Police Department recently began clean-up operations in the Pitts Street and Bussey Ave. areas of town. Homeowners and renters have been reminded to clean up debris and trash, remove inoperable or junked cars, and to cut yards that are overgrown/unmaintained.

According to Thomson Police Chief Anson Evans, such violations would likely subject the homeowner or renter to fines of $150 to $1000 daily after the issuance of a 10-day code ordinance notice by police department.

Crawley noted that there are numerous businesses in Thomson-McDuffie that have operated for years and have never had an inspection.

“We are working toward those businesses to conduct an inspection to help improve the quality of life safety in the community.  With the owners’ cooperation, we are making this a better place to live,” he said.