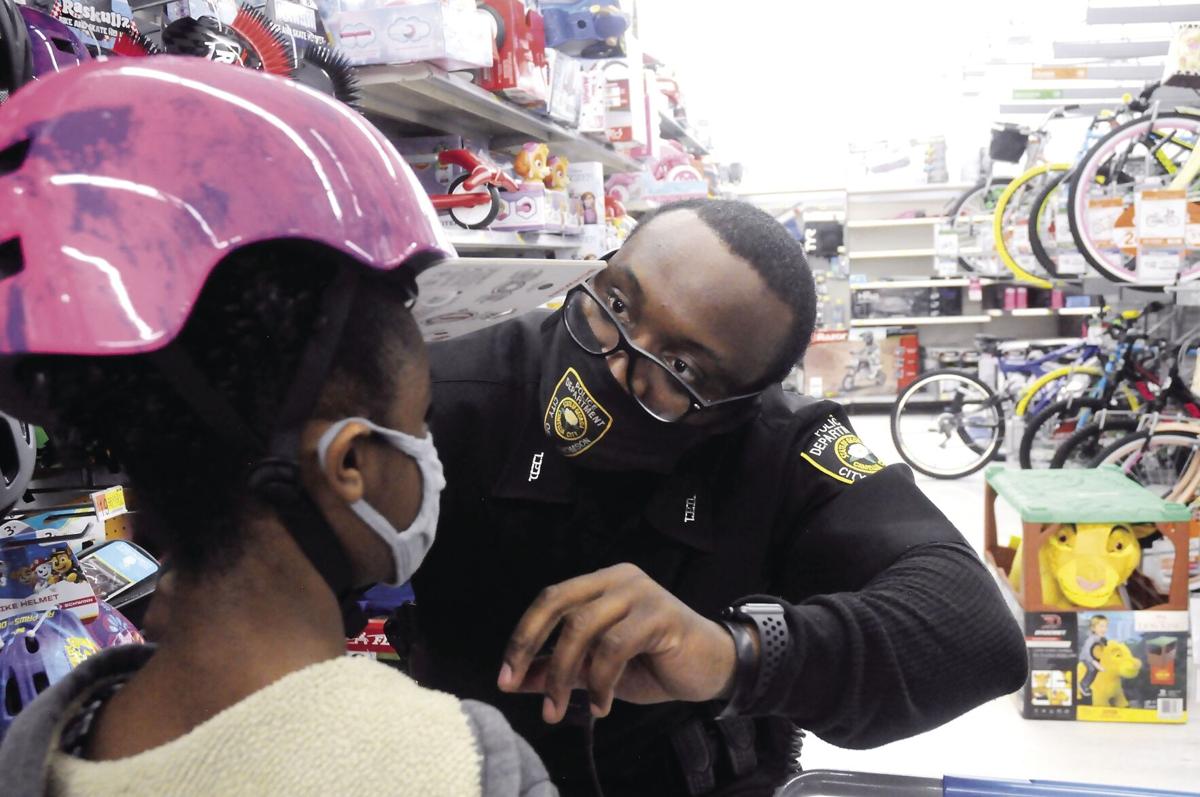 Officer Dwayne Deloach adjusts a bike helmet while helping one of the children shop Friday evening. 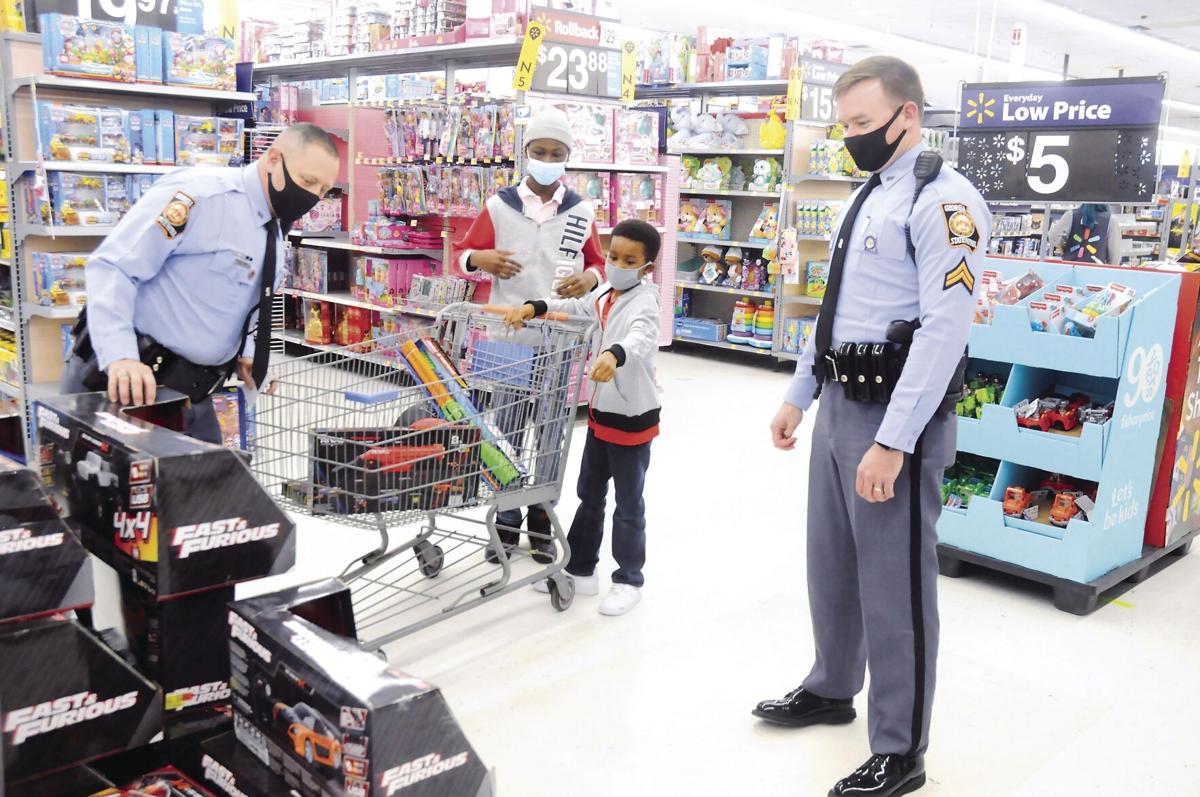 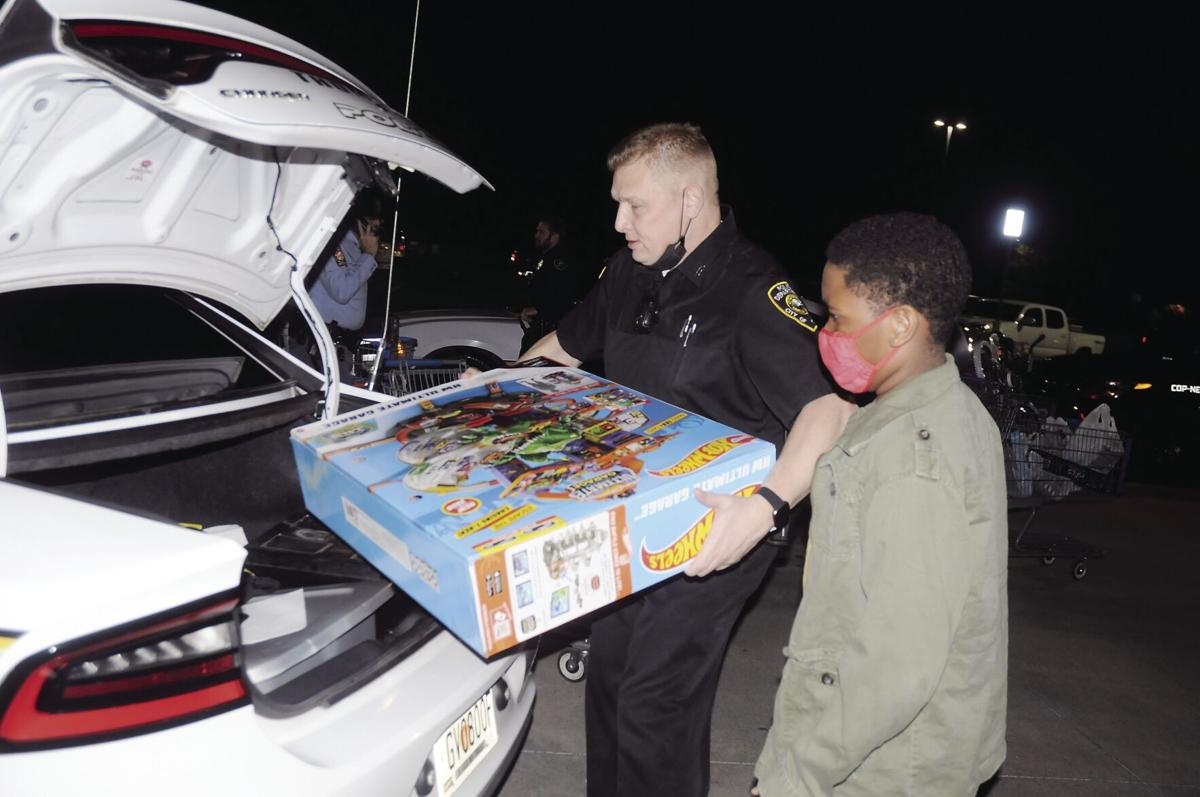 Officer Andre Clementi places gifts in the back of a patrol car after shopping with Keyshan Jacobs, 13.

Officer Dwayne Deloach adjusts a bike helmet while helping one of the children shop Friday evening.

Officer Andre Clementi places gifts in the back of a patrol car after shopping with Keyshan Jacobs, 13.

“It was a great success and hopefully we can do it bigger. I want more community participation and as long as we can keep this tradition going we will do it,” said Thomson Interim Police Chief E.J. Bess.

Children, with their parents, gathered at the police department and the kids were paired with officers for an exciting ride to Walmart with sirens blaring and blue lights flashing.

Once at the store, Thomson officers, two state troopers, and two Georgia Bureau of Investigation special agents accompanied the children on the shopping spree.

Nerf-type guns, radio control cars, dolls, and all sorts of gifts landed in the shopping carts as the officers accompanied the children. Ironically, the young boy who wanted a Fast and Furious RC car was being accompanied by two state troopers.

Bess said his officers believe taking time for this makes a positive impact on the community. One Thomson sergeant even took time for a young child who was not part of the event but said he wanted to meet a police officer. The officer towered over the child, but knelt and took time to talk with the young boy and shared a fist bump.

Several officers, including the GBI special agents, took time to help the children shop for clothing as well.

Officers helped the children stay within budget and Bess was ready at the register to pick up the tab.

Operation Blue Santa was launched last year by then-chief Anson Evans and Bess picked up the tradition moving forward and solicited community support to make it possible again this year.