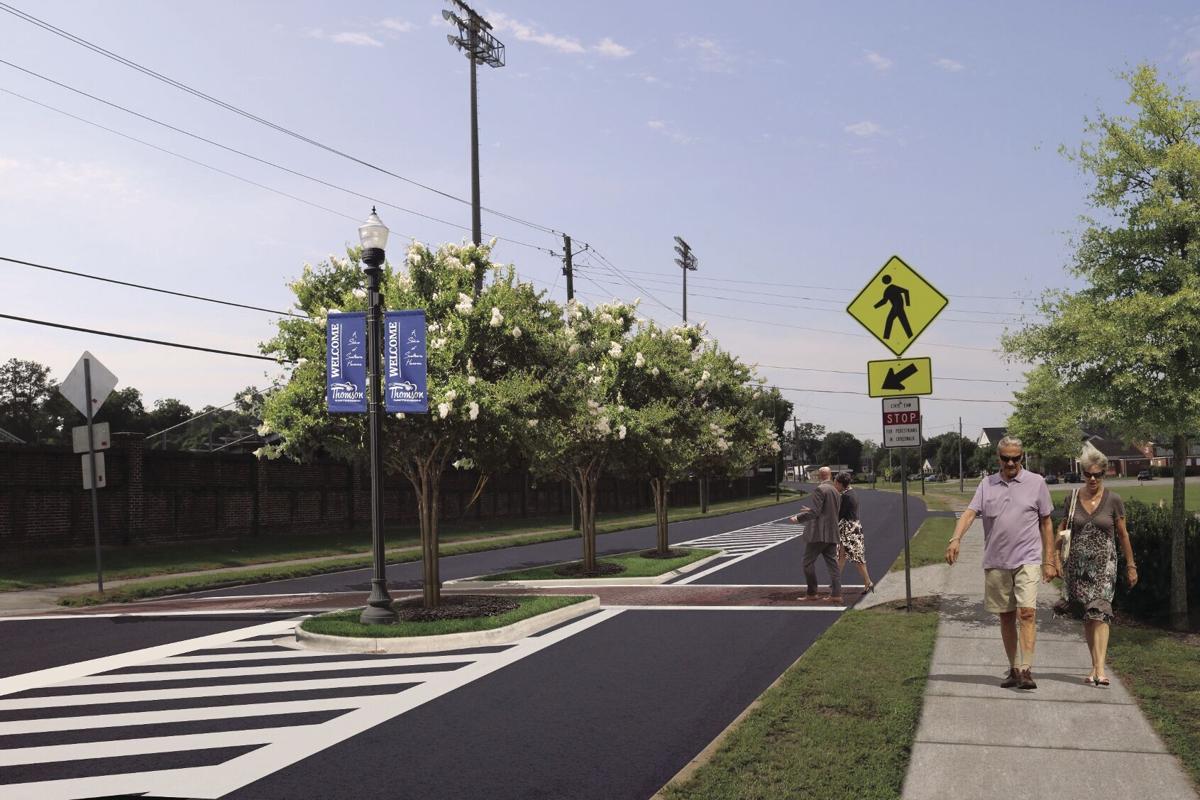 An artist’s rendering shows the planned new look after The Brickyard Project is completed. 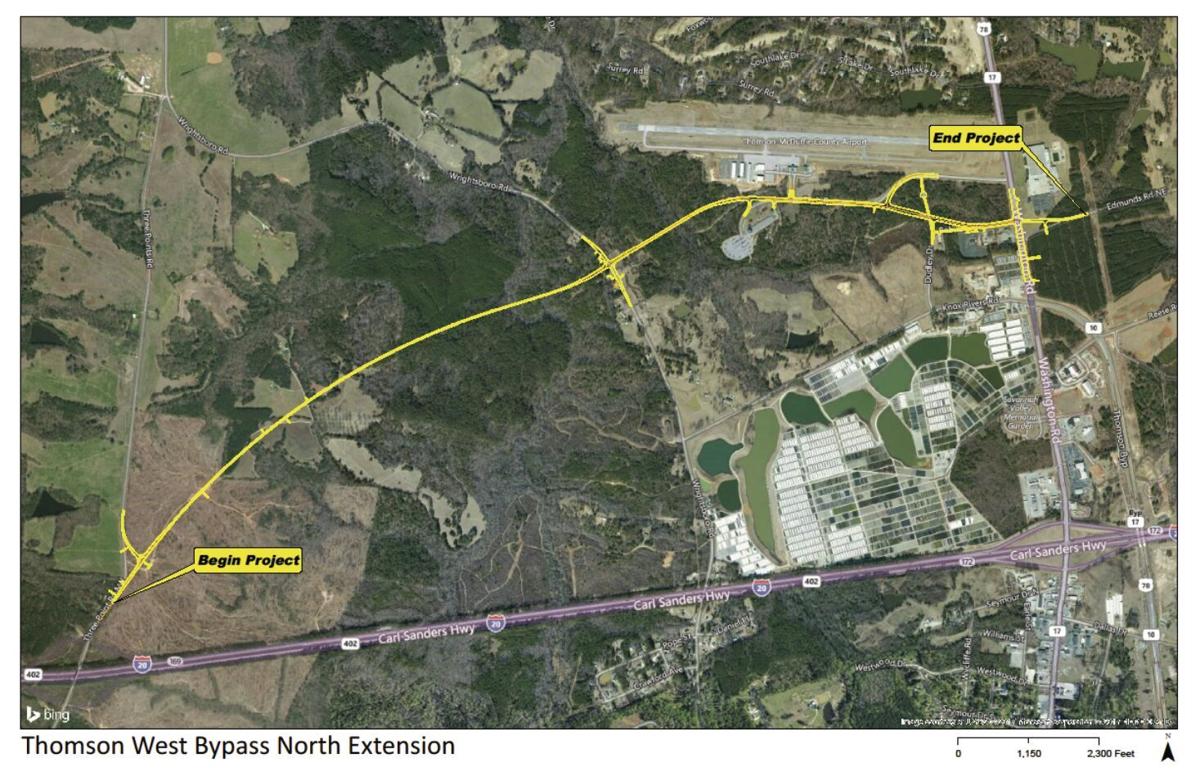 The Thomson West Bypass north extension will span about three-and-a-half miles and cost about $17 million.

An artist’s rendering shows the planned new look after The Brickyard Project is completed.

The Thomson West Bypass north extension will span about three-and-a-half miles and cost about $17 million.

Big changes are coming soon in McDuffie County, as two major road projects, the Brickyard Project and the West Bypass, get underway.

Both projects have been in the works for years and officials are excited to say that work has officially begun. The Brickyard Project and the West Bypass are both funded by the Transportation Investment Act, or TIA.

The Brickyard Project involves the narrowing of 0.8 miles of Washington Road and Main Street north of White Oak Street beside the Brickyard. This project was originally proposed to fix the storm drainage on that road, but has since grown into something larger that will also beautify the roadway.

The four-lane road is unusually narrow, and so, in addition to fixing the storm drainage to eliminate the large puddles of standing water when it rains, the road will be narrowed to two lanes with islands for landscaping in order to create a more attractive entrance into downtown Thomson. Many powerlines will be moving underground as well.

More pedestrian crossings will also be added to make for safer Friday nights at the Brickyard. Roadwork is not expected to begin until August or September, though crews are already working to move utilities.

The West Bypass will begin at the interchange of Three-Points Road just off I-20 Exit 169 and stretch to State Route 17/US 78. It is expected to intersect at the hospital and make for a safer entrance and exit for the hospital and surrounding developments.

'It was a mistake': US military general on Kabul drone strike

Trump celebrates retirement of Republican who voted to impeach

The County hopes that the West Bypass will create a development corridor, drawing new businesses and new jobs into McDuffie County.

“These two Transportation Investment Act projects are great examples of the citizens’ tax dollars at work helping to improve traffic through and around downtown Thomson, addressing long-standing stormwater runoff challenges along a major transportation corridor, and beautifying a major gateway into our City,” said John Waller, City Administrator in Thomson.

The TIA was passed in 2010, which allows regions throughout Georgia to vote on a 1% sales tax to fund transportation improvements in their region. In 2012, the CSRA voted to implement this sales tax. We have entered band three of the project and among the projects approved in McDuffie County are the Brickyard Project and the West Bypass.

Both projects are expected to decrease the presence of large trucks in downtown Thomson and make Thomson a safer, more convenient, and more beautiful place to live.

McDuffie County Manager David Crawley noted that the TIA funding will allow the county to address both quality of life and economic development issues.

(Georgia Kate Kent is a Thomson High School graduate and a recent graduate of the University of Georgia. She is a summer intern with the UGA Archway Partnership.)