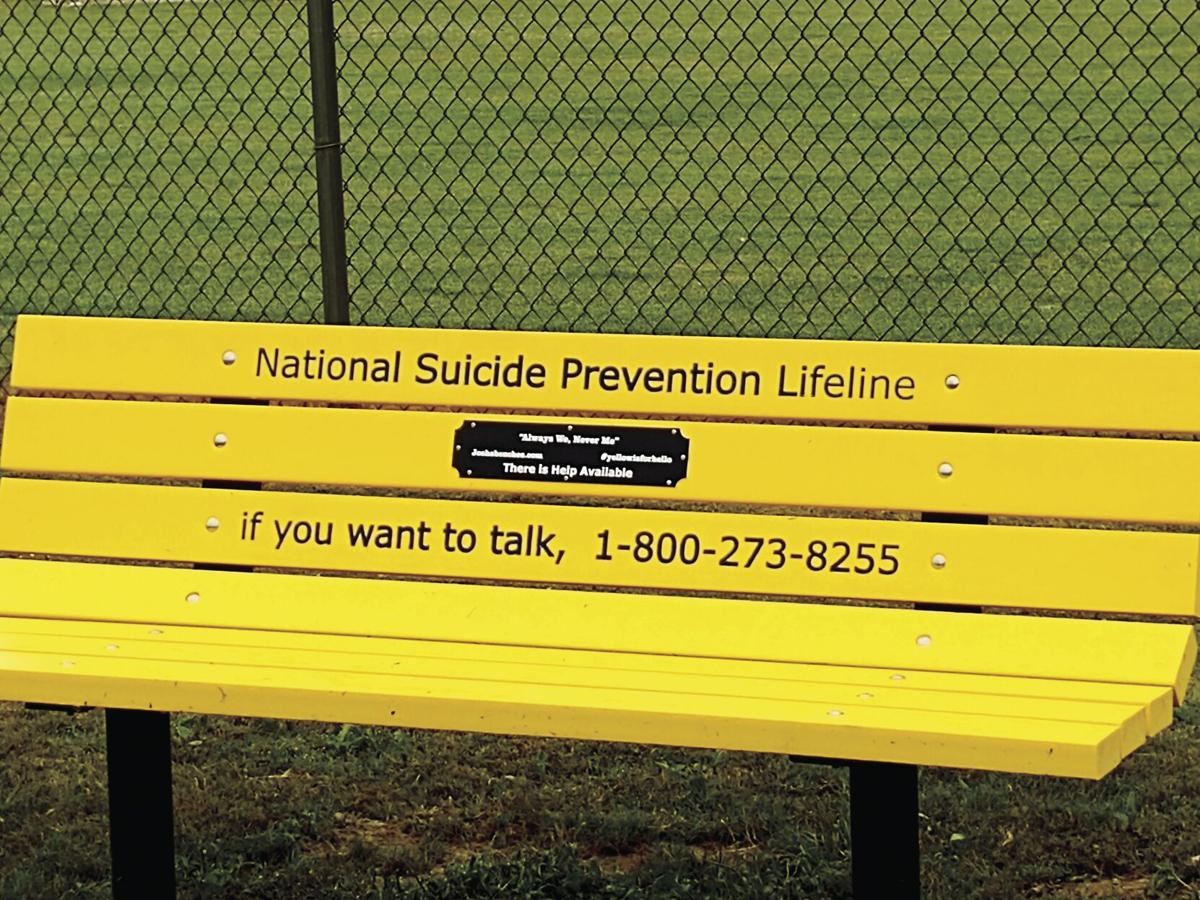 A Josh’s Bench for Awareness was unveiled Monday at Sweetwater Park in McDuffie County. The bench provides a contact for immediate help for those contemplating suicide. 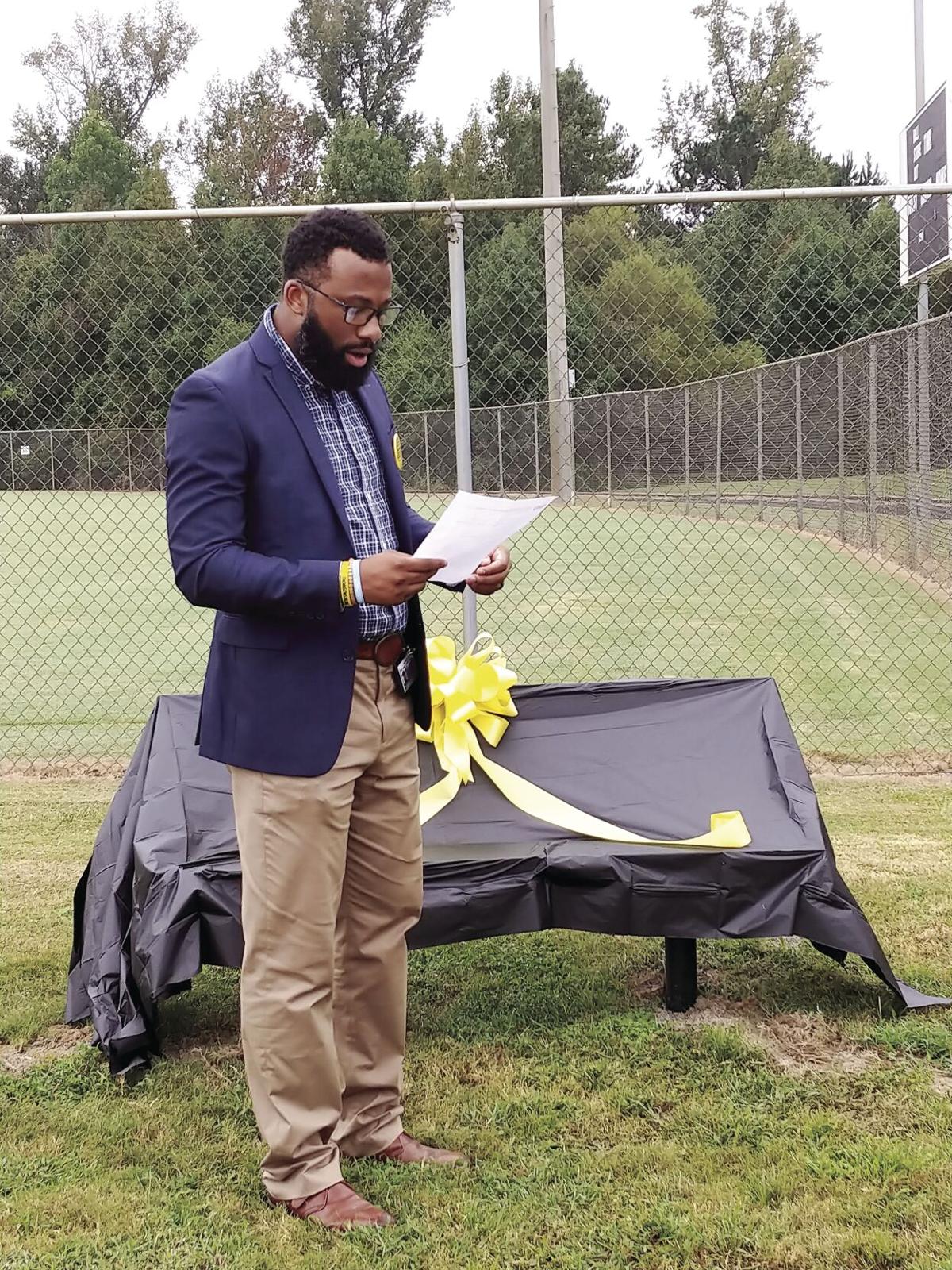 A Josh’s Bench for Awareness was unveiled Monday at Sweetwater Park in McDuffie County. The bench provides a contact for immediate help for those contemplating suicide.

A bright yellow bench could be a lifeline for someone contemplating suicide.

On Monday, one of Josh’s Benches for Awareness was unveiled in a quiet ceremony at Sweetwater Park in McDuffie County. Recreation Director Trevor Welcher and members of his staff,  Athletic Manager Charles Bostwick, Program Coordinator Leslie Walker, Jr., and Administrative Assistant Maria Hamilton, unveiled the bench stamped with the National Suicide Prevention Lifeline phone number: 1-800-273-TALK (1-800-273-8255), and the department’s mantra, “Always We, Never Me.” September is designated as Suicide Prevention Month.

“This is a global epidemic,” Welcher said of suicide. One person every 40 seconds dies from suicide, according to the World Health Organization.

Cindy Nadelbach, the mother of a 21-year old man named Joshua who died from suicide on May 22, 2018, contacted Welcher about placing a bench at the park. Nadelbach and a close-knit group of friends founded the 501(c)3 charitable organization Josh’s Benches for Awareness. The non-profit’s goal is to raise awareness on mental health issues and offer resources without judgment to those needing help. The organization is based in Royal Palm Beach, Fla., but is placing benches across the country.

“And so when she reached out and said she’d like to donate a bench I said absolutely,” Welcher said. “I believe everyone should be aware and this is another service we provide here at Team RD for anyone that needs help; to let them know they’re not alone.”

Welcher shared he had a brother who suffered from PTSD, and stressed the importance of understanding the impact mental health issues can have on a family.

There's a battle for the suburbs in Florida. Who will win?

“Having this bench means a lot, not only for Cindy and her family to get through but just in general. To let people know you’re not alone,” he said.

Nadelbach shares her family’s tragic loss on the charity’s website, joshsbenches.com. She describes her son’s long battle with depression and anxiety, and said it had appeared to be “in remission.”

“Well apparently, that smile he put on his face was actually a fake one, he was suffering still but this time in silence,” Nadelbach said of her son. “Like any other illness he fought the battle and ultimately, he lost it. He wanted to live, he just wanted the pain to stop.”

The organization raises money to fashion the benches and install them in schools, on college campuses and in public parks.