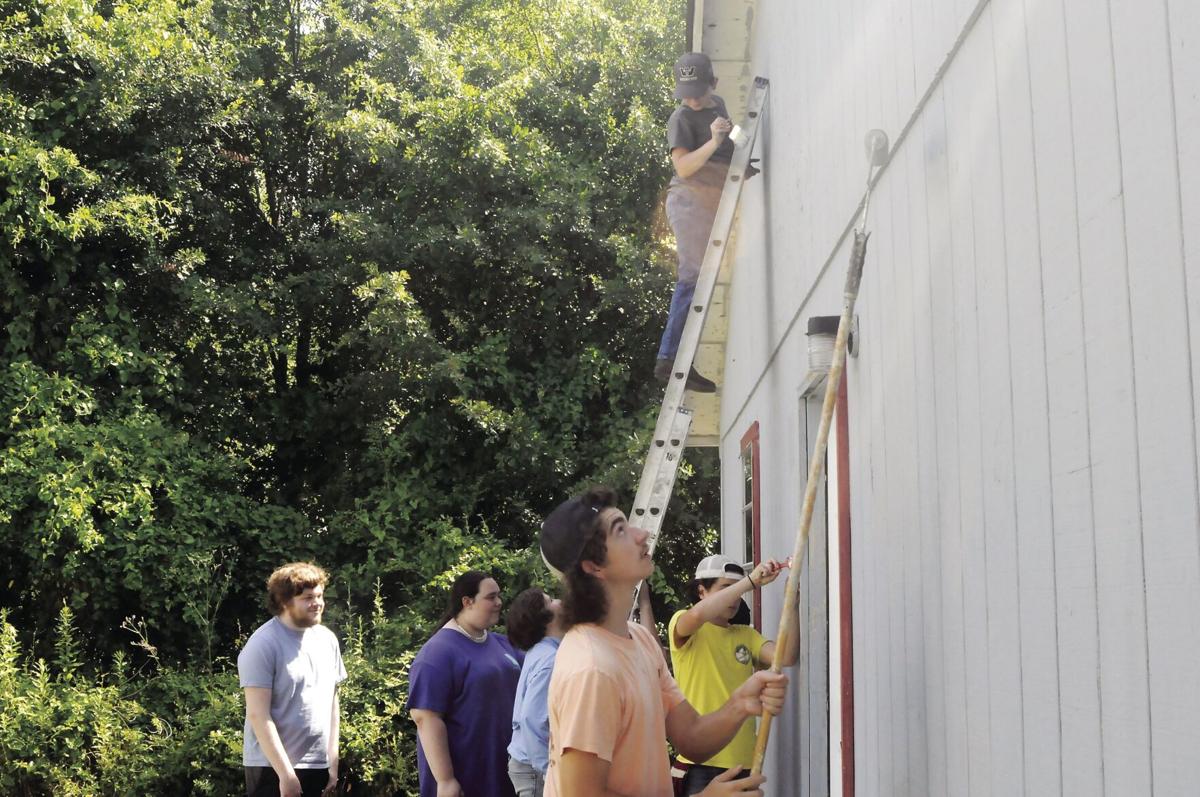 Trey Blevins (bottom left) paints the back of Betty Burnett’s house along with other students from different churches as Mission McDuffie was hard at work. 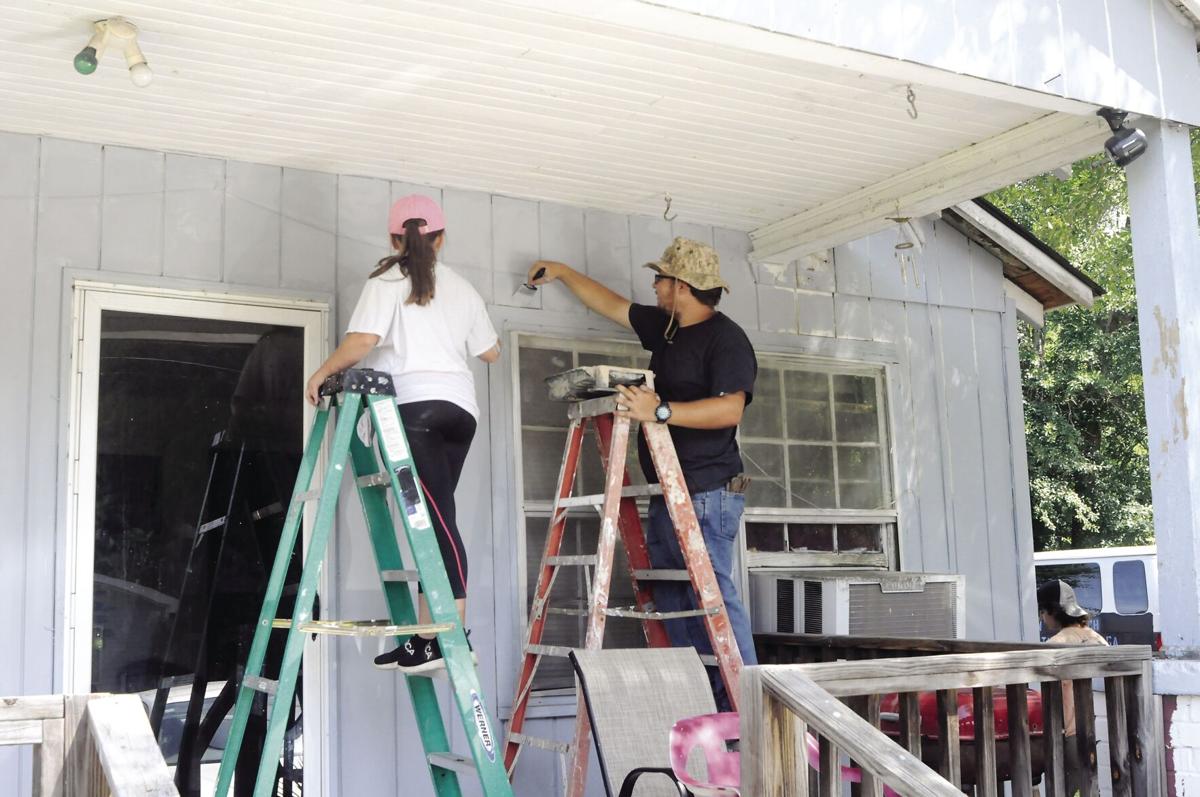 Trey Blevins (bottom left) paints the back of Betty Burnett’s house along with other students from different churches as Mission McDuffie was hard at work.

The summer in McDuffie County was kicked off this past week as Mission McDuffie was held from June 7 to June 10.

There was three locations that Mission McDuffie went to and those were 510 Knox Street, 2513 Ansley Drive in Dearing, and 4014 Quail Farm Road. One group went to 510 Knox Street to help with painting the house of Betty Burnett.

Another group went to 2513 Ansley Drive in Dearing to help with a wheelchair ramp, and the last group went to 4014 Quail Farm Road to help out with yard work. According to Ben Tarver, Minister of Youth and Families at First Baptist Church in Thomson, Mission McDuffie has been going on since 2001.

“This is the 20th year anniversary of it,” Tarver said. “It would’ve been last year, but we had to take a year off for COVID.”

Tarver said he there were students from four or five different churches in his group. According to Tarver, they do outside yard work for homeowners who might be disabled or have other things going on in life.

Mission McDuffie works from 8 a.m. to 12 p.m., Monday through Thursday. Tarver said they hold events after they are done for the day.

“We were at the YMCA pool yesterday, we did a slip n slide kickball game on Tuesday,” Tarver said, “It was raining on Monday, the rain held off this week for us to get our work done, but we had to go inside and we just had an open gym night.”

OR Gov. on vaccine divide: 'This is truly a tale of two pandemics'

The 'baffling' thing about UFO tech that has security experts worried

Thursday night was share night for Mission McDuffie. This is where the homeowners are invited to the church and everyone shares their experiences, according to Tarver.

“It really means a lot to us to hear those stories at the end of the week,” Tarver said. ‘It makes it worth while.”

Tarver said he’s been in Thomson for seven years and has been involved with Mission McDuffie for all seven years. According to Tarver, David and Shanda Harbeson are the ones who help get the work orders for the jobs. Tarver said that some students will come help out numerous years.

According to Tarver, there are different events that go on since the students are from different churches, but Mission McDuffie is a way to kick off the summer.

“We try to do some events that are just relaxing for them,” Tarver said.

Tarver said that he’s talked with other youth pastors about something else with the youth, but he would love to have other events.

“This is the big event we do all together,” Tarver. “We would love to get these kids together, to do another event. So, that’s something we’re looking at to plan in the future.”