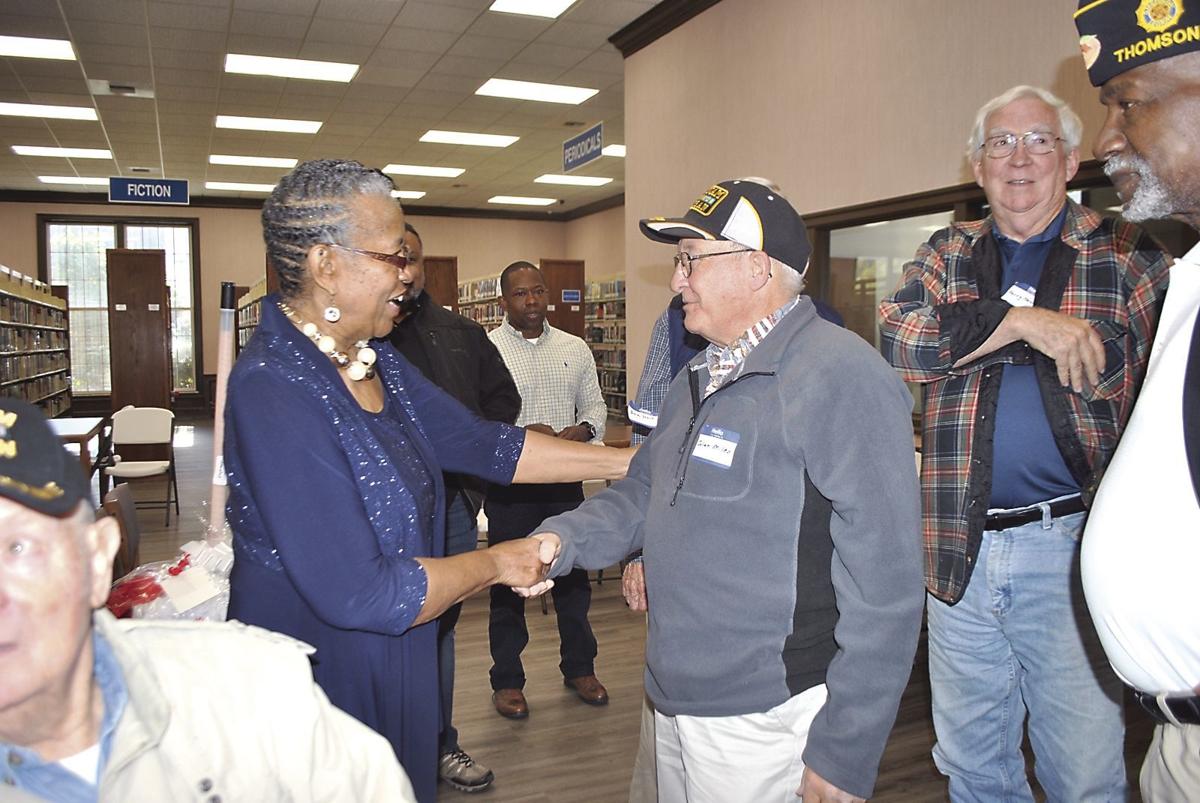 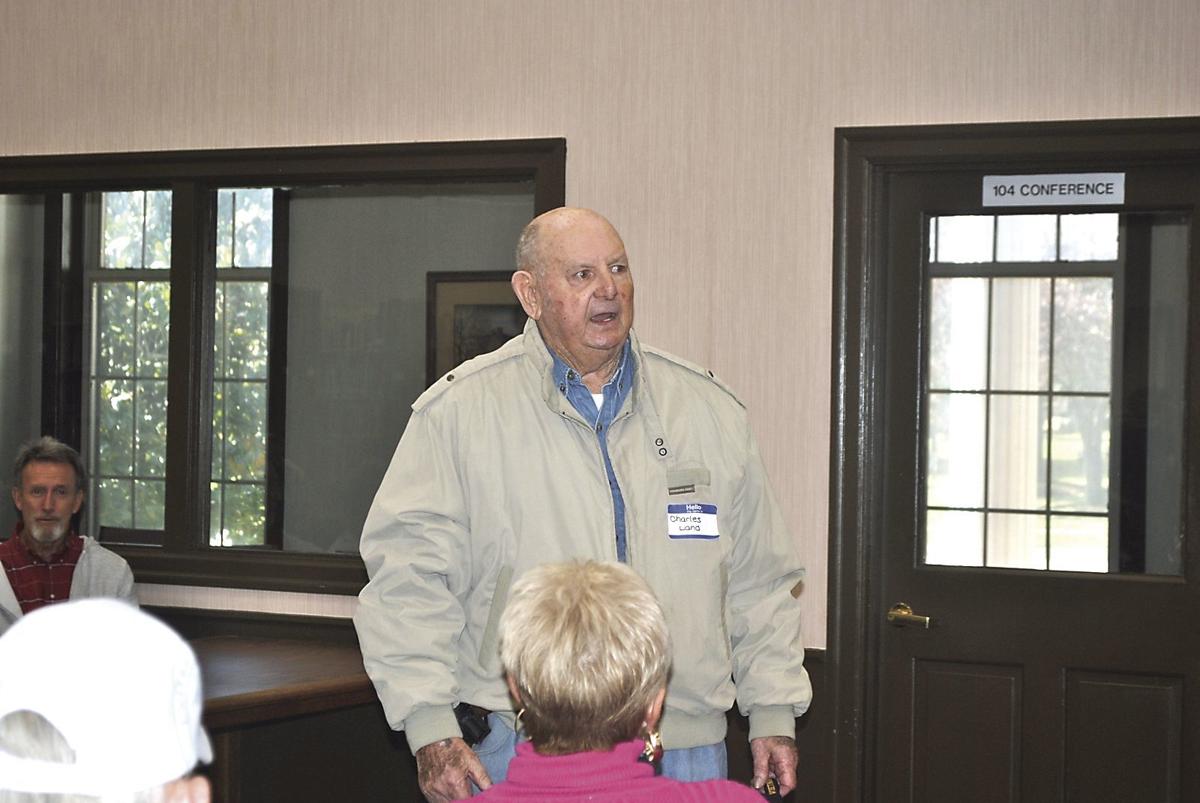 Charles Land talks about how his return from military service lead to becoming an ordained minister.

Charles Land talks about how his return from military service lead to becoming an ordained minister.

“Today, Veterans Day is a time when we can come together to say thank you the service you provided in order to provide us Americans the freedoms that enjoy today. All of our veterans are very dear to our hearts. We say thank you for serving our country,” said Julianne Lovins as she opened the Veterans Day Canteen Saturday, Nov. 9.

The Friends of the Thomson-McDuffie County Library hosted the annual Veterans Day Canteen where former military service people and their families eat and greet one another and remember their activities and those not present and deceased.  The canteen is followed by a program that salutes the men and women of the Armed Forces and thanks them for the dedication to their country.

Bea Hart Moss, a Marine veteran, was the keynote speaker. She joined the service in 1967 and in less than 21 months she became a triple minority, an African-American woman becoming an E5, a sergeant, in the Marine Corp.

She worked with classified information at Quantico, Virginia, and as a recruiter in New York before an accident with a drunk driver interrupted her military service. Her injuries, which included a brain injury, caused her to exit the service after and she returned to Thomson and worked in banking for 18 years.  She also served the McDuffie County Board of Education and her years long tenure ended Dec. 31, 2018.

“The Lord had a plan for me,” she said. “He had something He wanted me to do.” She also talked about how, through faith and integrity, she was able to receive the benefits she would have had if she had served her 20 years.

Moss called the veterans in the room her brothers and sisters and called them honorable. “We are humbly grateful and thankful to each and everyone of you.”

She thanked them for the heroism they demonstrated and still demonstrate.

Naftali: Today we see a much weaker Mitch McConnell

Australians warned to watch out for deadly spiders

Moss called the sacrifices veterans made an honor that is not understood by many in the country today.

During the program, veterans from the different eras spoke of what they did in service and offered thanks for coming home and thanked the Friends of the Library for hosting the Canteen and program.

The veterans won door prizes, donated by local businesses and organizations, during a raffle.