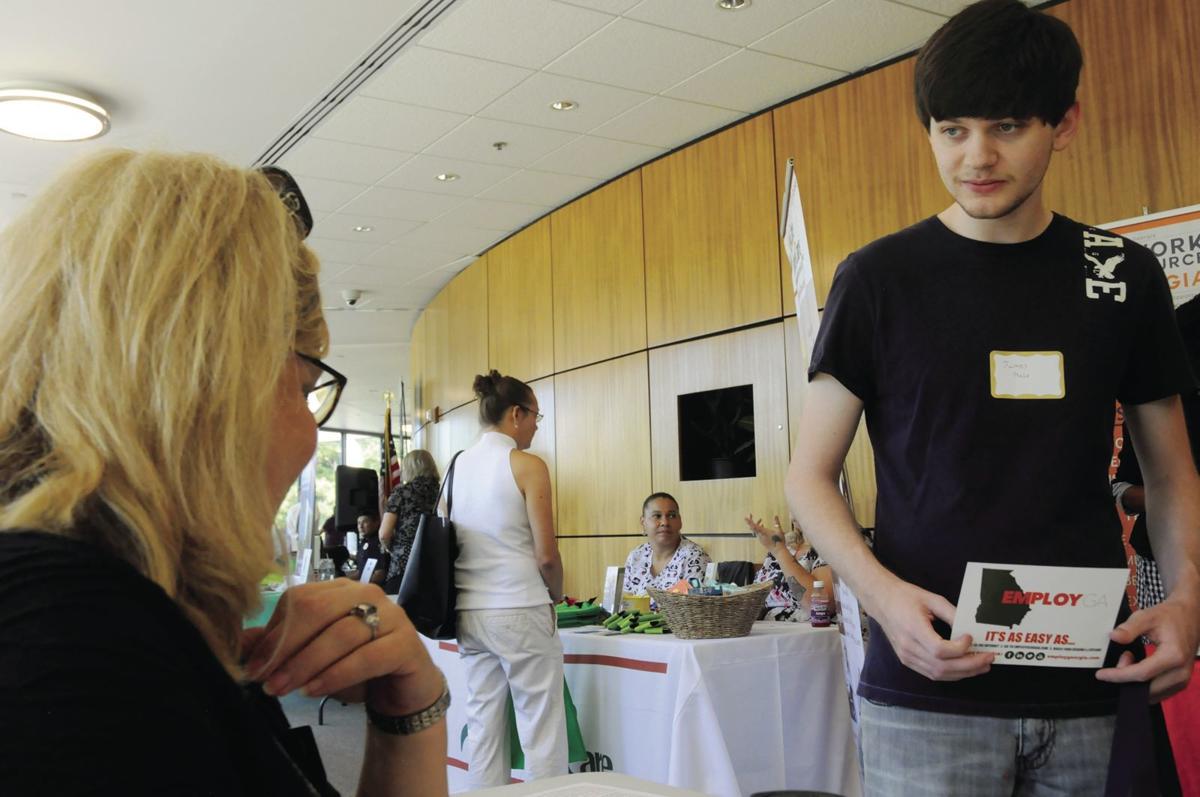 Georgia Department of Labor Region 7 Coordinator Ginger Carrington speaks to James Hale, a 2019 Thomson-McDuffie Chamber Job Fair attendee, about how the department can help in the job seekers. 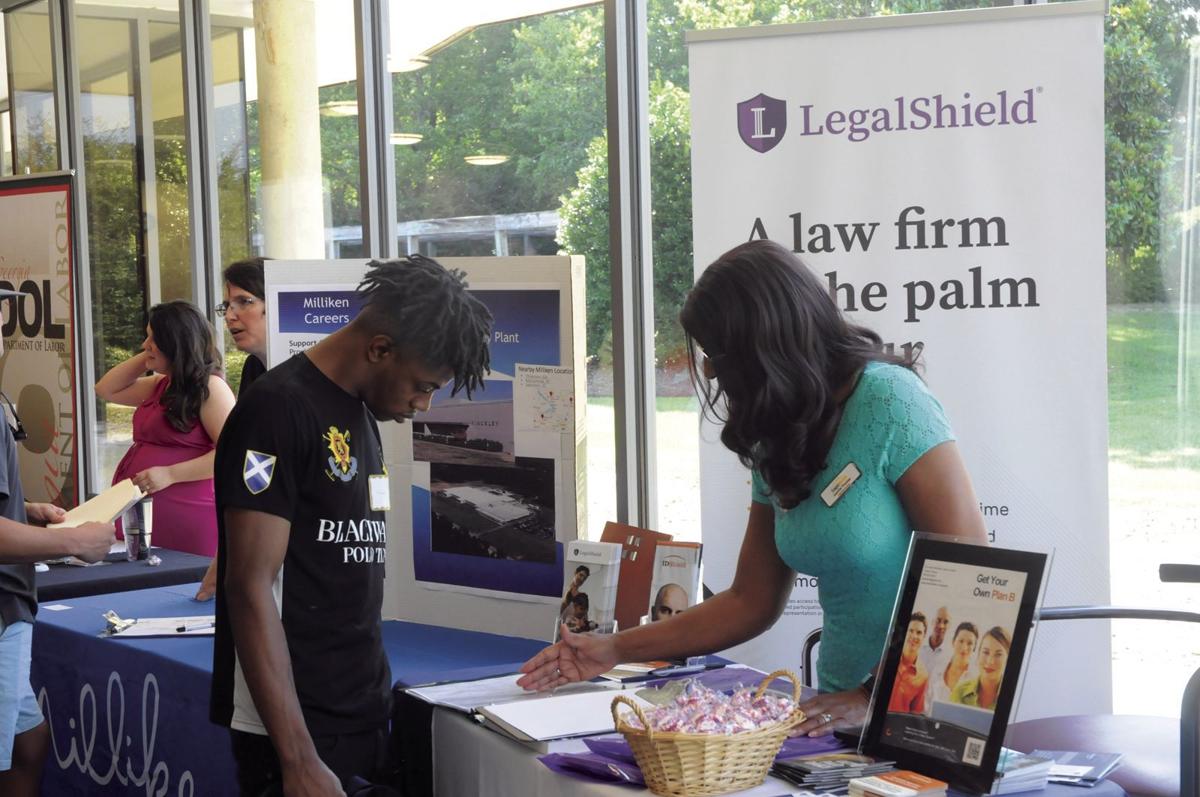 Barious Heard, 18, of Thomson, stops at the LegalShield table to learn about job opportunities.

Georgia Department of Labor Region 7 Coordinator Ginger Carrington speaks to James Hale, a 2019 Thomson-McDuffie Chamber Job Fair attendee, about how the department can help in the job seekers.

Barious Heard, 18, of Thomson, stops at the LegalShield table to learn about job opportunities.

During the morning and early afternoon of July 27, job seekers came in and out of the Thomson branch of Augusta Technical College to attend the 2019 Thomson-McDuffie Chamber Job Fair in hopes of employment and in the desire to get equipped with resources.  The Thomson-McDuffie Chamber of Commerce created the fair in partnership with Congressman Jody Hice and Augusta Technical College. Approximately 25 employers set up booths in the hallways of the college and presenters hosted workshops focusing on soft skills, interviewing, and resume writing in rooms.

Debbie Jones, executive director of the Thomson-McDuffie County Chamber of Commerce, said the fair was a great opportunity for job seekers.

“You meet someone one-on-one, build that relationship. It’s always better to come to a job fair and meet them one-on-one than sending in a resume,” she said. “It’s great for education purposes.”

Barious Heard, an 18-year-old Thomson resident, said he came to the fair to find employment.

“Anything will do,” he said.

One day, Heard said he would like to own a landscaping business, since he does lawn care well. Heard said he loves the smell of fresh cut grass and feels positively when he completes a job.

“It’s a good feeling when you’ve done the job, you know you’ve done it right, and the customer is happy,” he said.

Coming to the fair, Heard said he got what he expected, a lot of opportunities to meet people and find about jobs.

Ginger Carrington, Georgia Department of Labor Region 7 coordinator, came to the fair to let the community know about resources available to them.  Besides offering help finding employment, Carrington said the department can help employers advertise jobs and help get people trained for jobs. Carrington also spoke on  recent job losses in the county.

“I think the job fair is very timely,” she said. “We have a rapid response team to help employers and employees make the transition as smooth as possible.

Despite the recent fire at the georgia-Pacific plant and the upcoming job losses at the     Hollander plant, Hice said that he believes McDuffie County will rebound.  In addition to having a lot going on with the county, he said that there are many people pulling together to overcome the current challenges. Overall, Hice said that Georgia has been number one state for business for the last six years.  He also spoke about the overall economic growth the county is a part of, caused by deregulation and tax cuts in the county, according to him, and the work being done to keep it going.

“We’ve got great economic opportunity in our country and state,” Hice said. “Many are looking to hire, and we're trying to add wind to that sail.”

Dershowitz: I'm like the kicker who can win the game

Every Thursday, Hice said that the public can come to the second floor of the City-County Administration building and talk about subjects that go on the federal level to the Thomson branch’s constituent services director.

“Come, let us know every Thursday,” he said. “That’s what we’re here for.”

Now since the chamber has finished with the fair, Jones said they plan to switch gears to work development within the school system. The chamber will make videos highlighting industries in the county, among other things, to show high school students what’s available.

“We’re going to start showcasing  the different careers in our community,” she said.

Although the job fair offered one way to develop the workforce in the city and county, Jones pointed out other avenues for that task.

“We have several different approaches to it,” she said.