Starting at
$5.00 for 30 days
Get Started
View all rates
You have permission to edit this article.
Edit
News
Sports
Calendar
Obituaries
Announcements
e-Edition
Classifieds
Subscribe
Pay Ad Bill
1 of 6 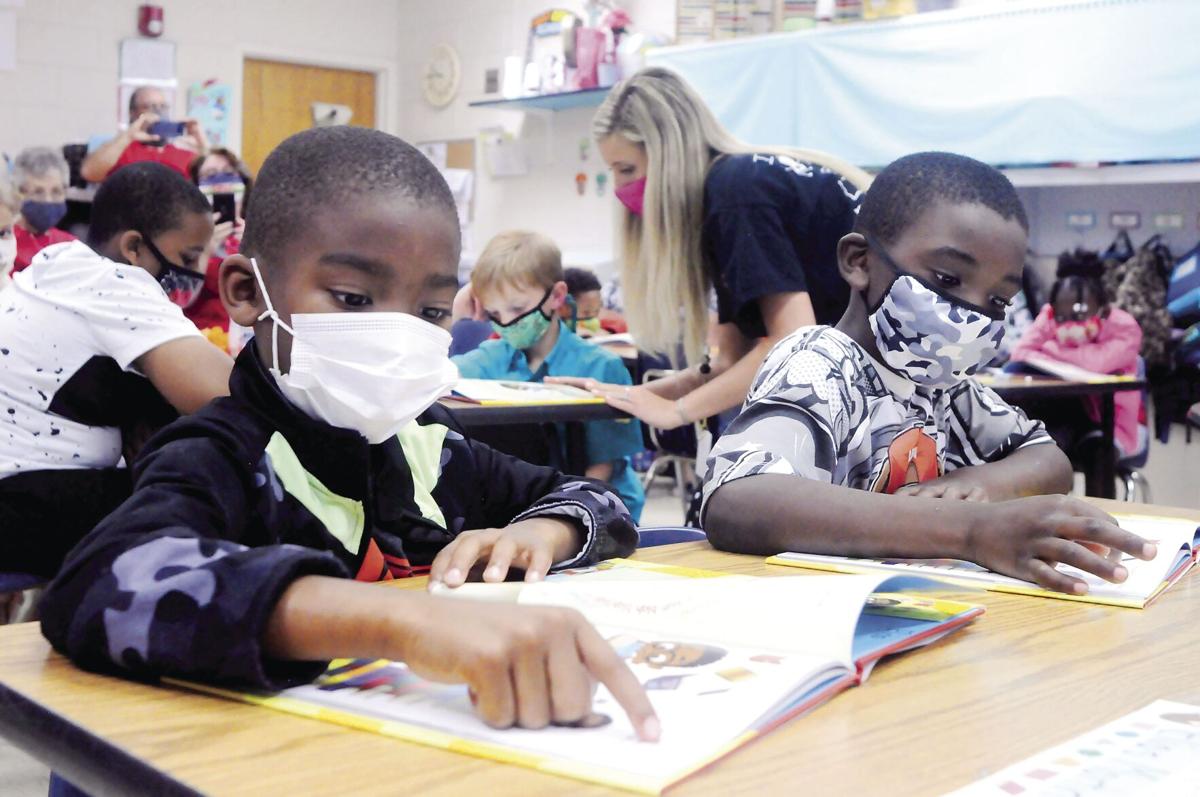 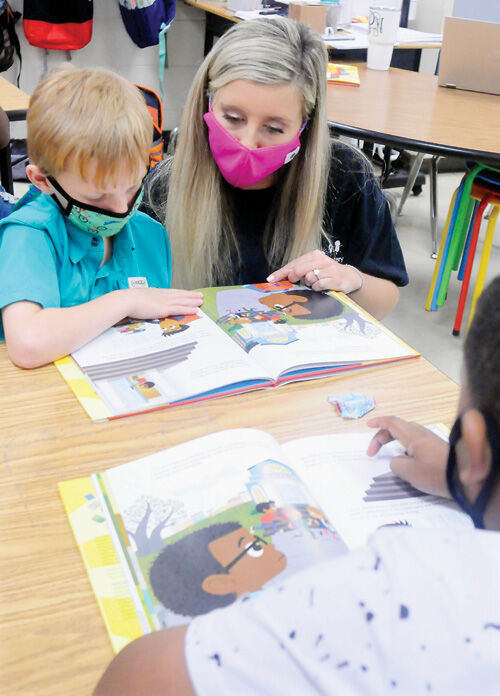 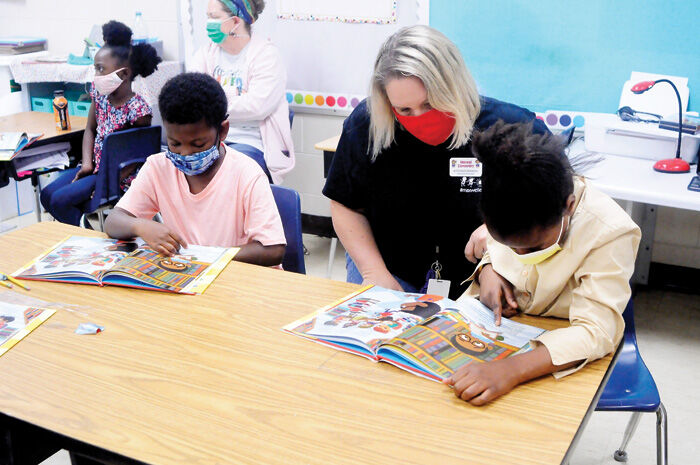 Assistant Principal Keturah Hoskins joins Chynna Burley and Ta’Hari Boyd as they follow along in their books. 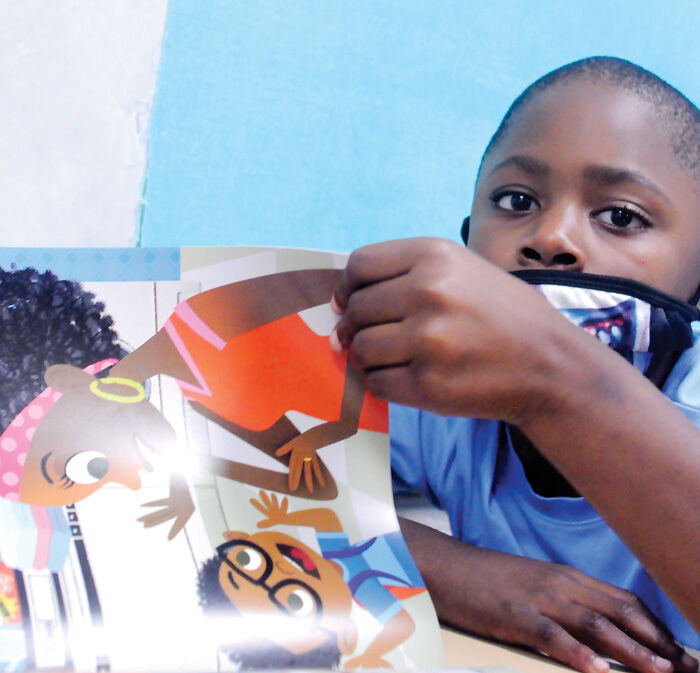 Zion Williams turns the page of his new book as he follow along with Malcolm Mitchell’s reading of the story. 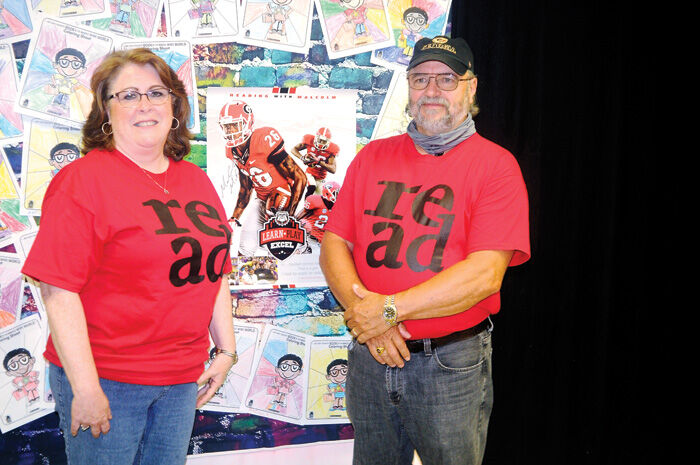 Wanda Hayes, shown with husband Bob, became friends with Malcolm Mitchell when he joined her women’s book club in Athens while he was playing football at UGA. 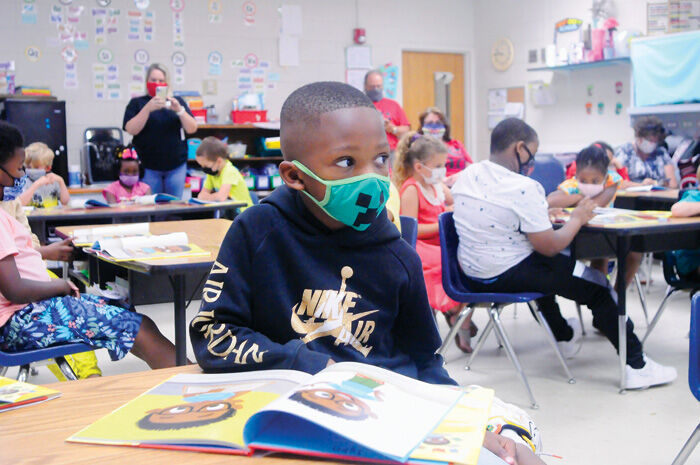 Tylin Durham listens to the former Georgia Bulldog talk about the significance of reading.

Assistant Principal Keturah Hoskins joins Chynna Burley and Ta’Hari Boyd as they follow along in their books.

Zion Williams turns the page of his new book as he follow along with Malcolm Mitchell’s reading of the story.

Wanda Hayes, shown with husband Bob, became friends with Malcolm Mitchell when he joined her women’s book club in Athens while he was playing football at UGA.

Tylin Durham listens to the former Georgia Bulldog talk about the significance of reading.

A former University of Georgia football player who went on to play professionally, shared his story and his love of reading with students at Maxwell Elementary School.

Although he did not visit in person, the former Bulldog connected virtually with the students last Wednesday. Each student also received a copy of his second book, “My Very Favorite Book in the Whole Wide World.”

“It means the world to us that he is so willing to give our children books that they can take home and cherish,” said Natalie Pantano, a first grade teacher at Maxwell Elementary.

Principal Donna Bennett introduced Mitchell to the students and explained how he founded the Share the Magic Foundation to encourage children to read.

“I’ll talk a little bit about football, and I’ll talk about my love for the University of Georgia, but I’ll also tell everybody about how important reading is to them accomplishing their goals,” he said.

Mitchell shared his story of growing up in Valdosta and playing football.

“While playing football I made a big mistake, and I’m hoping that you don’t make that same mistake,” he said. “I did not understand the importance of being a reader. I did not understand how cool reading was. So, when I got to the University of Georgia I had a moment of clarity. I thought to myself, ‘You know, if I read, I bet I can accomplish the same thing I can as a football player - that my brain would take me the same places as my body as an athlete’.”

He admitted reading at that time was hard, saying that some words were too big and some sentences were too long at first.

“The entire process felt so hard. But, I started practicing reading as much as I was practicing football it eventually got easier, and easier, and easier,” Mitchell said. “Then reading became something that I used to help me accomplish all of my goals. So, reading is something that I want to share with you so you can accomplish all of your goals.”

He told the children that reading is magic and he considers it that way because reading can take them many places. In saying that, he introduced a magician who, also remotely, entertained the children and helped place emphasis on reading.

The former UGA Bulldog is also a 2017 Super Bowl champion, but how did he develop ties to Maxwell Elementary School?

While at the University of Georgia and working to improve his reading skills, he became friends with an Athens resident who is a 1977 Thomson High School graduate.

“We met Malcolm when he was in college and playing football when he joined a women’s book club in Athens because he was working on his reading, growing his reading, and wanted to be around other readers,” said Wanda Hayes.

She and her husband helped raise funds through the foundation, including recruiting some donors from here in Thomson, to provide the books to the Maxwell students. Mitchell’s foundation has distributed more than 50,000 books and more than 300,000 children have been reached with his reading message either in person or in a virtual format.

“We’re so very thankful again for Wanda and Bob Hayes as they have raised money for all of our students to have a book, Malcolm Mitchell’s second book, and share their love of reading with all the boys and girls here at Maxwell Elementary,” said Bennett.

The principal said about 460 students received books last week at the school.

“Every child, every child at this school, received a hard cover book that is theirs to keep forever and ever,” Bennett said.

Bennett said Wanda and Bob Hayes had arranged for Mitchell’s visit to the school in person about four years ago after he wrote his first book. All the students at Maxwell received a copy of his first book then as well. Bennett, during Mitchell’s virtual presentation, asked about the photo he selected of himself for the back cover of “My Very Favorite Book in the Whole Wide World.”

Of course, the principal already knew the details of that photo. It was a photo of Mitchell in a UGA jersey taken inside the media center at Maxwell Elementary when he visited to share his first book several years ago.

He promotes reading across the state through Share the Magic Foundation’s Read with Malcolm Literacy Programs. His mission is to inspire young people to read by bringing book ownership to students in Title I schools and under-resourced communities.