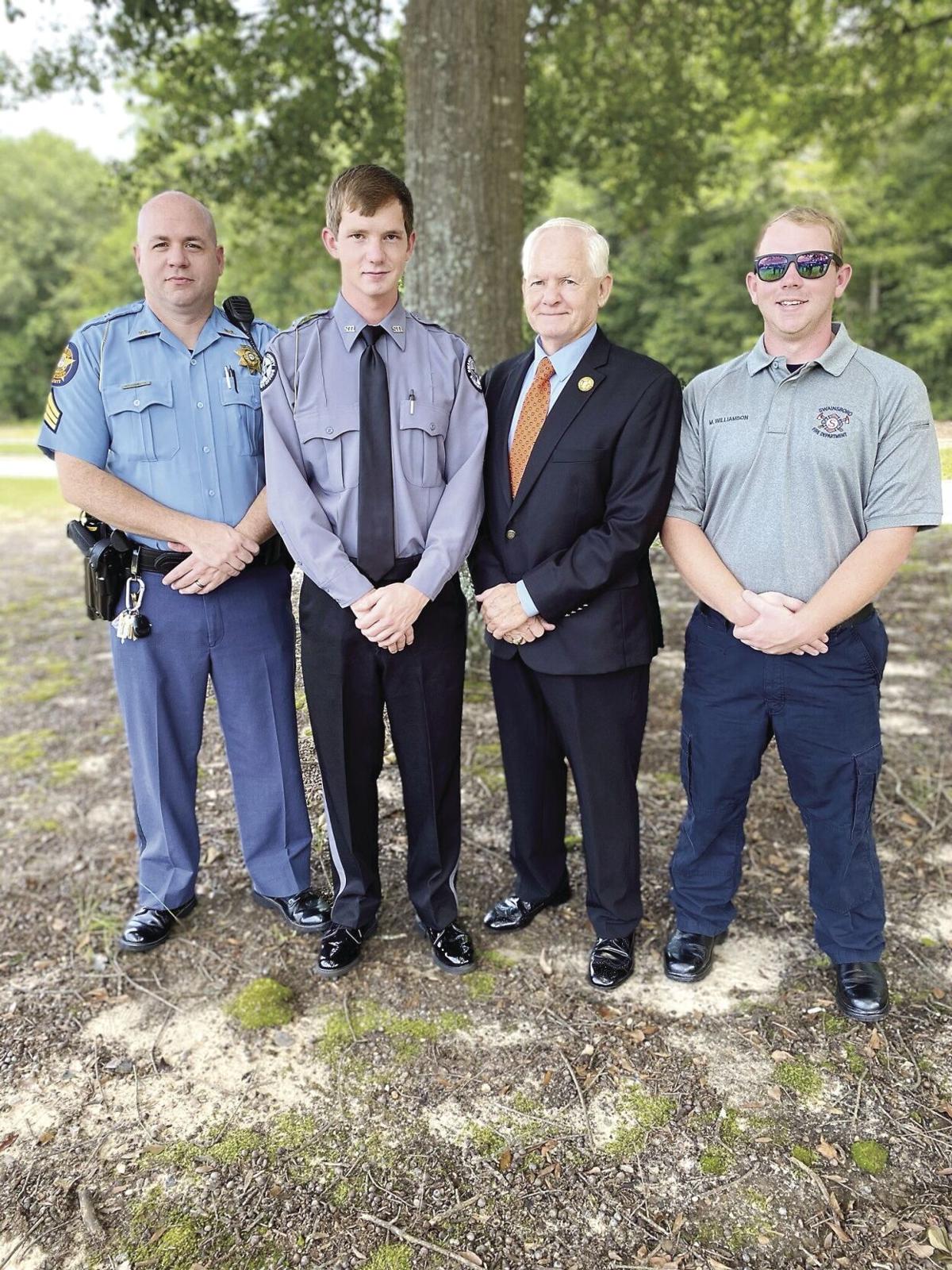 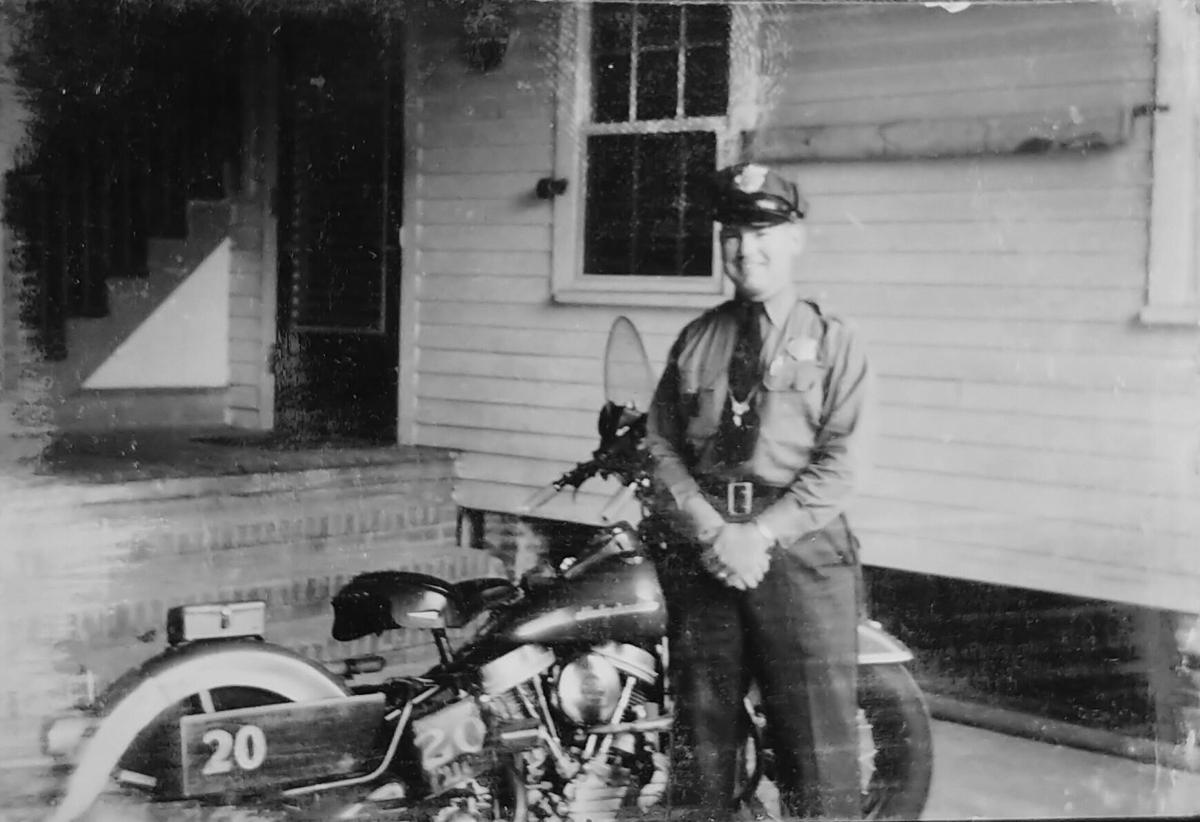 A young Arthur B. Williamson, of the Augusta Police Department, is shown with his motorcycle in the 1950s. He later became a captain with the department.

A young Arthur B. Williamson, of the Augusta Police Department, is shown with his motorcycle in the 1950s. He later became a captain with the department.

Father and son conversations can take on a myriad of topics.

Maj. Ronnie Williamson, McDuffie County Sheriff’s Office chief deputy, one day recently received a call from his youngest son. The veteran lawman listened to his son talk about working in court and how the new job as a deputy sheriff is going.

The major has been in law enforcement since 1976, however his youngest son’s career only started two weeks ago. Austin Williamson, 21,  began working as a deputy sheriff in Emanuel County immediately after having graduated from the police academy, an 18-week program, the Friday before.

Of four of Maj. Williamson’s sons, three have chosen a career in public safety. Sgt. Nicholas Williamson works for the Columbia County Sheriff’s Office and Marshall Williamson is a firefighter with the Swainsboro Fire Department.

“He always knew he wanted to be a fireman,” the major said as he pointed to a photo of Marshall dressed up as a firefighter when he was a child.

The oldest son, Russell Williamson, was the only one of the brothers not to find his way into public safety. He got into the paint and body business in Augusta.

But, the public safety bloodline did not just start with Maj. Williamson. His father was Capt. Arthur B. Williamson of the Augusta Police department who later, after retirement, worked for the Richmond County Sheriff’s Office.

Maj. Williamson thinks his dad left Augusta PD about 1970. When he retired from Augusta he was hired by the Richmond County Sheriff’s Office, where  he served as the chief jailer.

Maj. Williamson began his law enforcement career on Jan. 2, 1976. The elder Williamson was still working at Richmond County at that point.

He had big shoes to fill joining Augusta PD after his dad had served many years.

“You’re ‘Bootsies’ boy,” he would hear, as he brought up his dad’s departmental nickname. The McDuffie County chief deputy remembers growing up the son of an Augusta police officer. The family lived on Greene Street in the Harrisburg community.

The family lived in a two bedroom house and Williamson recalls when they first got air conditioning. His dad worked overnight shifts and slept by day, so the air conditioning unit was installed in the bedroom where he slept. He remembers his dad working all the time and said he was “impressed with the uniform and the structure, you know it’s like growing up in a military family and you have that structure.”

How has the world of law enforcement changed over the course of three generations of one family?

“You put that badge on and you’re supposed to go out and help people,” he said. “We’re going to meet them at the worst times of their life. You ain’t got to lock everybody up, you ain’t got to write everybody a ticket.”

“You treat people right and get that respect,” he added.

Williams said when he has taught at the police academy, he has always taught “It’s doesn’t matter who you’re dealing with, treat them like it’s your family.”

He believes in being courteous and helpful when an officer has to lock someone up.

Williams said it is not the role of law enforcement to punish individuals.

“Our job is to enforce the laws that society feels they want. Society sets the standard of living that they want to live in,” Williamson said.

The major knows his sons working in public safety face similar challenges as they accumulate memories both good and bad.

Among Williamson’s memories when he worked the street are the time he held a child as he died from an accidental gunshot wound and a separate time that had a better outcome.

Williamson, then a sergeant with Augusta, and Lt. Clarence Belger arrived at the scene of a drowning one day in 1987. The officers dove in and searched for an 8-year-old boy. They found him, pulled him from the water, and the child was saved.

Williamson, Belcher, and several firefighters and EMTs were later awarded certificates of valor for saving the life of  young Michael Kidd.

In his office at the McDuffie County Sheriff Office, Williamson keeps a scrapbook of old photos and newspaper clippings. Combined, they all help tell the story of the first two generations of Williamsons that worked in public safety. Now Austin, Nicholas and Marshall will be building their own memories as the third generation to serve their communities.