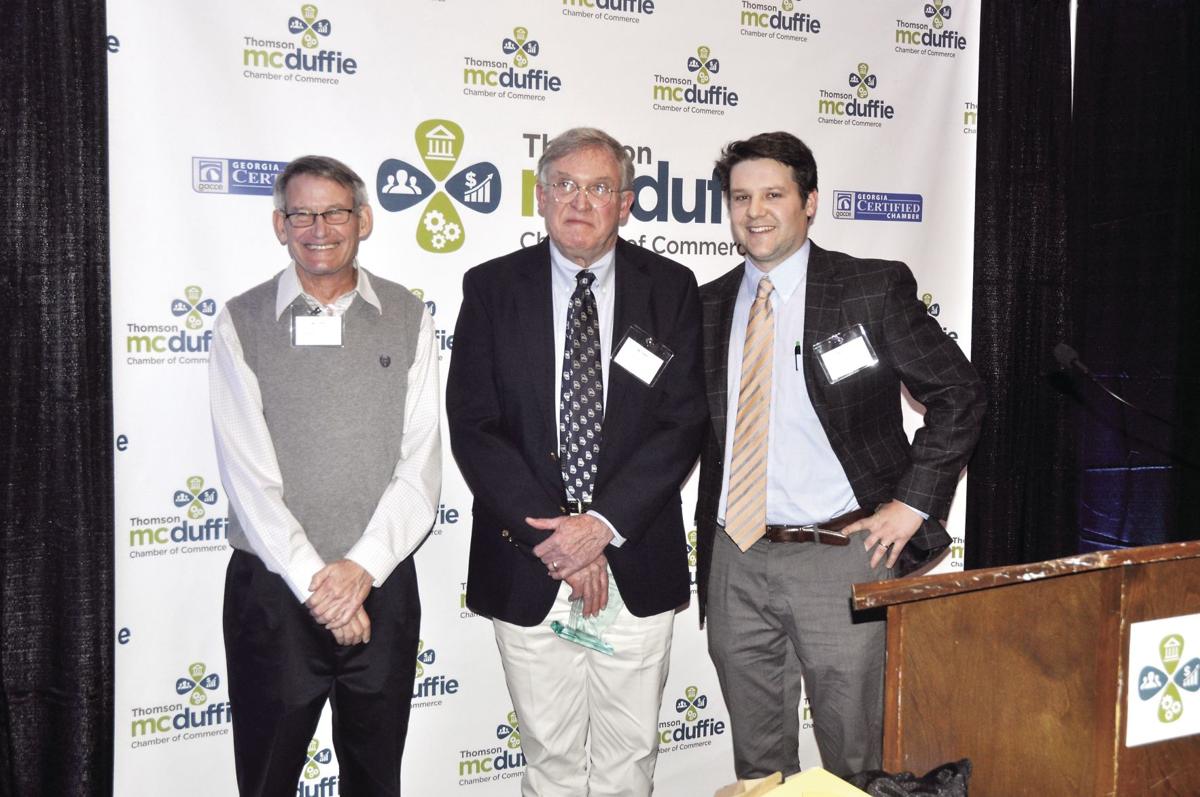 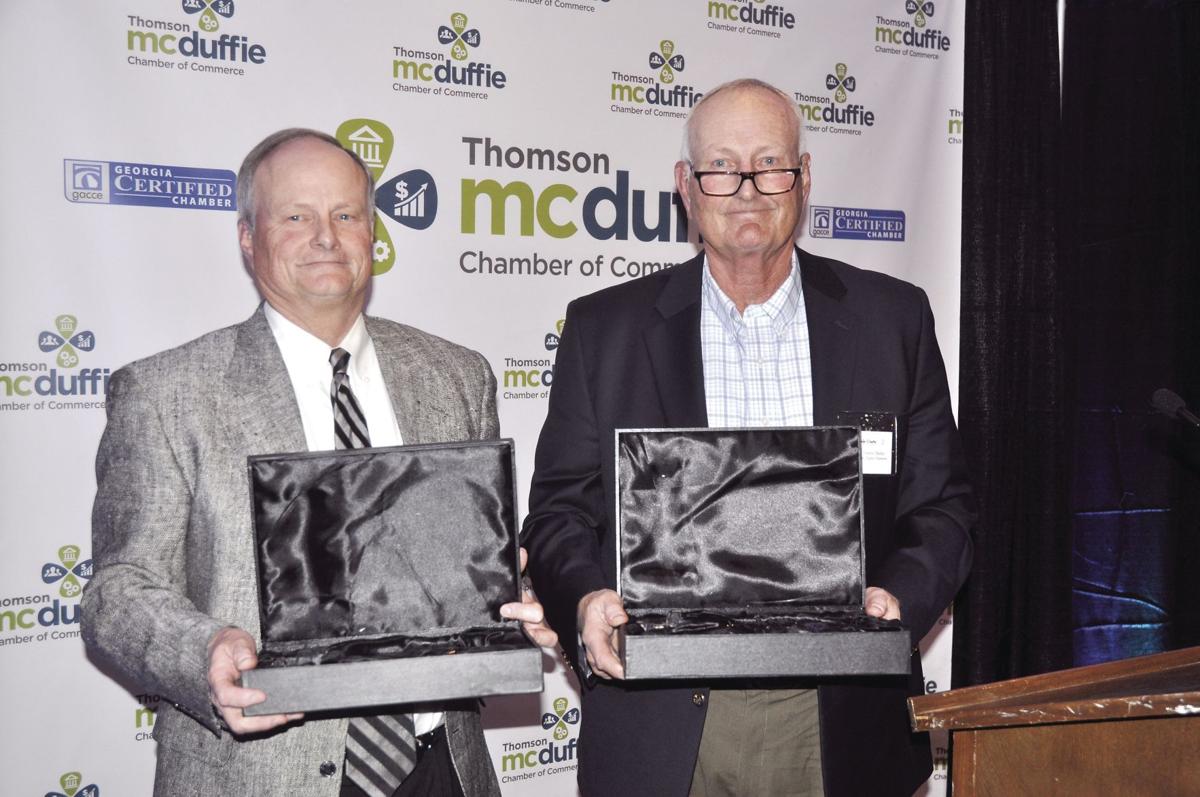 Mike Dudley, left, and Tommy Dudley are this year’s recipients of the Darrell M. Johnson Award. 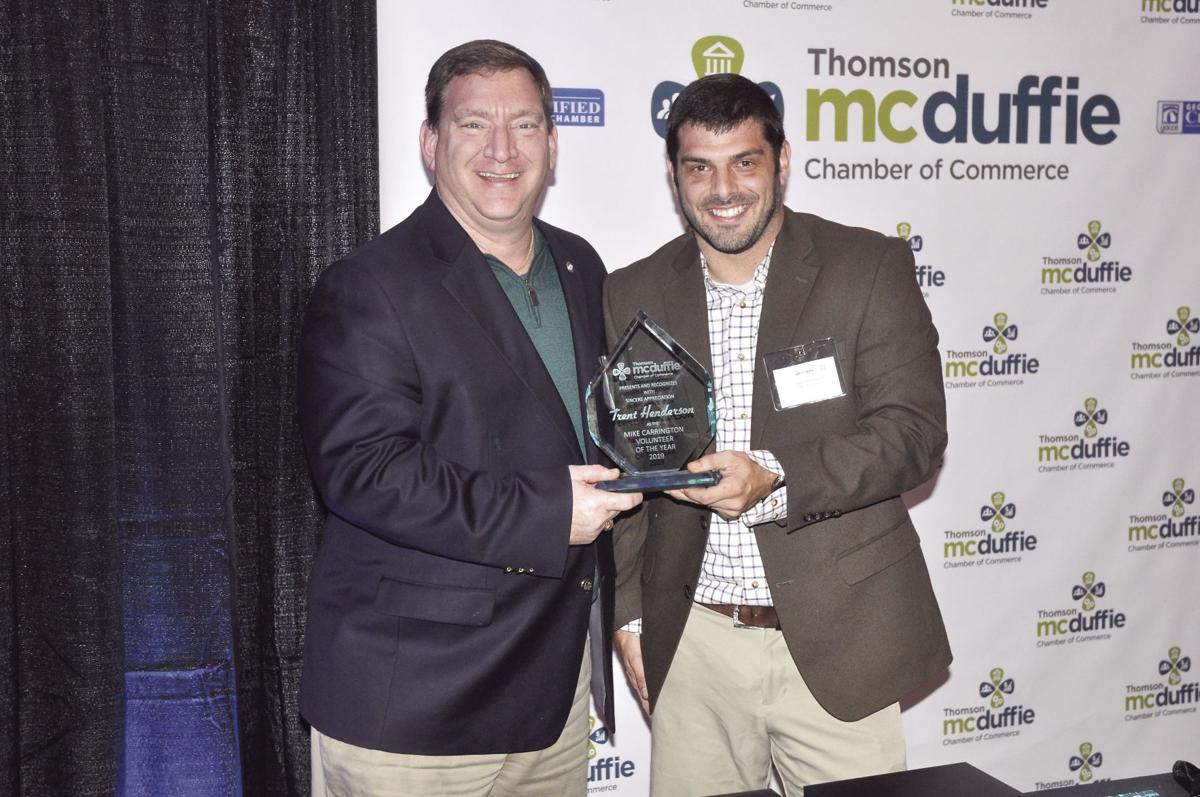 Mike Dudley, left, and Tommy Dudley are this year’s recipients of the Darrell M. Johnson Award.

The Business of the Year and other key awards were presented Jan. 28 at Belle Meade Country Club as the Thomson-McDuffie Chamber of Commerce held it’s 48th Annual Chamber Banquet.

“I thought it was an excellent way to celebrate our membership and those that volunteer their time and talents to the community,” said Debbie Jones, executive director of the chamber. “It‘s a great event that really celebrates a successful year for the business community in Mcduffie County.” More than 150 guests gathered at the country club for the dinner and awards program.

Thomson Concrete Materials was named the Business of the Year and Ken Williams accepted the award from presenters David Russell and Bill Jopling.

Among the individual award winners, Trent Henderson was honored as the recipient of the Mike Carrington Volunteer of the Year Award. The award was presented by the late Mike Carrington’s son, Taylor Carrington.

In a rare twist, this year there were two winners of the Darrell M. Johnson Award. Cliff Poston presented the award to both Mike Dudley and Tommy Dudley.

FBI official: Russia wants to watch us tear ourselves apart

Brianna Holliman was selected as the Ambassador of the Year, which was presented by ambassador program Co-Chairs Butch Holley and Juanita Thomas.

Jordan Dozier, the outgoing chair of the board of directors for the chamber, officially passed the gavel to Ashley Morey, the incoming chair. She then took time to lay out her vision for the chamber in the coming year.

The evening was capped by guest speaker Derrick Moore, a former NFL running back who is known for team development and leadership development. He has worked with organizations such as the Coca-Cola Company, The Georgia Lottery, Chic-fil-A, the Atlanta Falcons, the Tampa Bay Buccaneers and others.